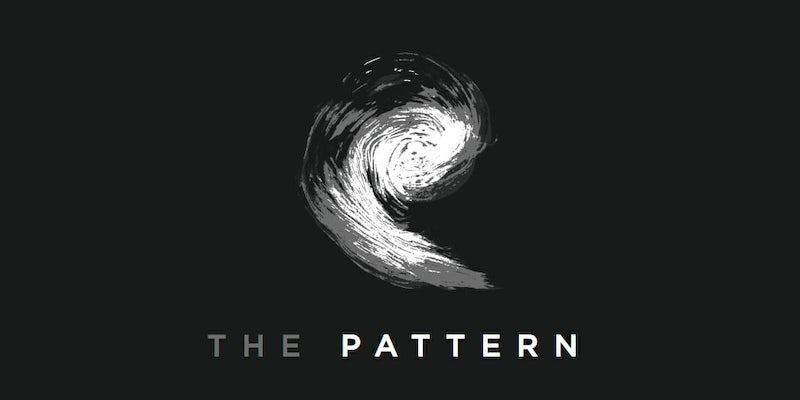 Everything you need to know about mysterious astrology app The Pattern

People are freaking out over its accuracy.

Seemingly overnight, a mysterious new astrology app called The Pattern surfaced on social media. It grabbed the attention of astrology junkies ready to dissect themselves using a mobile app more user friendly than TimePassages and less aesthetically pleasing than Co-Star. The origins of the app are opaque, and using it may come at the risk of exposing your data—it apparently doesn’t respond to do not track requests, as a Daily Dot reader let us know via email.

But with its social component and eerily insightful passages, The Pattern is quickly becoming the need-to-know tool for those moonlighting as astrologers.

The Pattern app likely gained popularity over the past few weeks thanks to tweets from a few influential Twitter accounts, but according to the App Store, The Pattern has existed since at least May 2017. The earliest known Instagram post about the app was posted in February.

How to use The Pattern app

Signing up for The Pattern is simple. After a free download from the App Store, users are prompted to type in their astrology birth chart information: name; gender; and date, time, and place of birth. Several users have complained about a bug when entering a birth location, but if you can get past that point, you’re in. (Hint: Some say turning Wi-Fi off and on helps.)

Once you’re in app, it’s apparent that the design has as little appeal as Facebook’s, but it’s all pretty straightforward. Unlike other astrology apps, The Pattern avoids lingo about sun signs or aspects and instead opts for user-friendly personality passages that read like a Myers-Briggs result. These passages are broken up into three sections—Foundation, Development, and Relationships—which are then broken up into subsections for a total of six aspects of your personality, each with about 15 to 20 slides of text.

Another section titled “Your Timing” breaks down cycles in your life based on current astronomical positions in the solar system. This is the only section of the app that explicitly references astrology, noting active retrogrades or other phenomenon. Each cycle entry includes a series of slides designed to explain all the ways your life may be impacted by a cycle and may pose questions to meditate on. These cycles are coupled with specifics dates, and the app also shows cycles coming in the near future. Instead of daily or weekly updates, The Pattern offers only long-term cycles, so it’s not the place to go for day-to-day guidance.

How to add friends on The Pattern app

Apart from your profile, the app includes a social aspect. Adding friends or significant others allows you to evaluate your compatibility based on composite aspects of your personality rather than on a specific sign-by-sign basis. This is incredibly helpful for people still fuzzy on which signs are compatible or if you’re dating someone who doesn’t really “believe” in astrology (hint: you should probably dump them). You are also able to create profiles, called “custom contacts,” for other people who are not public to see how their personality matches up with yours.

The app only lets users evaluate romantic relationships, but it works just as well for friendships if you re-contextualize the passages in a platonic way. The Pattern provides a summarized overview of the relationship and what it calls a “full pattern.” Warning, if you’re looking for a saccharine, subtle app to tell you why things might not work out with someone, this app is not it. Be prepared for The Pattern to swiftly point out the flaws in all your relationships, even the good ones.

One Twitter user said they were so stressed out by the app, they deleted it all together.

Who made The Pattern app?

If you’re wondering who runs this debilitating pocket soothsayer, join the club.

The Pattern’s privacy policy was last updated May 24, 2017, two days before its debut in the App Store. Per its terms of service, the app was preceded by a website, thepattern.com, and the only form of contact provided by the app is attached to that same site. It’s unclear who runs the app or when The Pattern really started, and attempts by the Daily Dot to contact its creators went unanswered.

It’s important to know that this app is passively and actively collecting data. Like other websites, it uses cookies and says it does so to improve the app’s “service,” which is described as the following: “The Service is designed to create informational readings or profiles about the you or other users, how two users interact, and what is happening to you and other users based on astrological positions.”

The app also withholds the right to share any data it collects with third parties, so if that’s something that makes you uncomfortable, it might be best to opt out.

Why use The Pattern app?

Blame job insecurity, the political climate, or a generational addiction to self-improvement, but there are never a shortage of ways to improve, mitigate, or at the very least attempt to understand our personal circumstances. The Pattern presents the newest vehicle to that end, and it does so harshly, like a parent or therapist telling you it’s time to get it together. Through a few vague paragraphs, The Pattern provides a mirror to examine our grimmer reflections, and in turn helps affirm the parts of our lives that feel imperfect or lacking. By forcing ourselves to take stock of what’s there, we can make space for improvement, while also being reassured that our condition is ultimately dictated by the stars.

In a time when being an astrology guru rakes in the Instagram followers and the Twitter favs, The Pattern has absolutely no social media presence. Still, the app’s design makes it easy to share or post artful screenshots. It’s missing from any major astrology app round-up of the last year, including the Daily Dot’s own. But thanks to a few popular Twitter accounts and our insatiable appetite to read about ourselves, The Pattern is taking off—whether its creators intended it to or not.