‘The Button’ is dead

The Reddit April Fool’s prank that evolved into an Internet legacy has mysteriously ended. After driving wedges between factions of Button pushers and non-pushers, Internet tribes formed around the mysterious Reddit phenomenon.

On Friday afternoon, moderators of r/thebutton published a post that said “After this post is ten minutes old, this subreddit will be archived.” They gave no explanation or reason for the disappearance of the Button.

The Button existed only in the r/thebutton subreddit, which provided no information as to what it was and what it was for, next to a giant timer counting down from 60 seconds. When someone clicked the button the timer reset. Clickers were given a color that publicly acknowledged to when they clicked the button. People assumed there would be some sort of big reveal when the timer got to zero.

People couldn’t resist clicking the Button. According to TheButtonStatsBot, people clicked the unexplainable Internet gag over one million times before it disappeared. 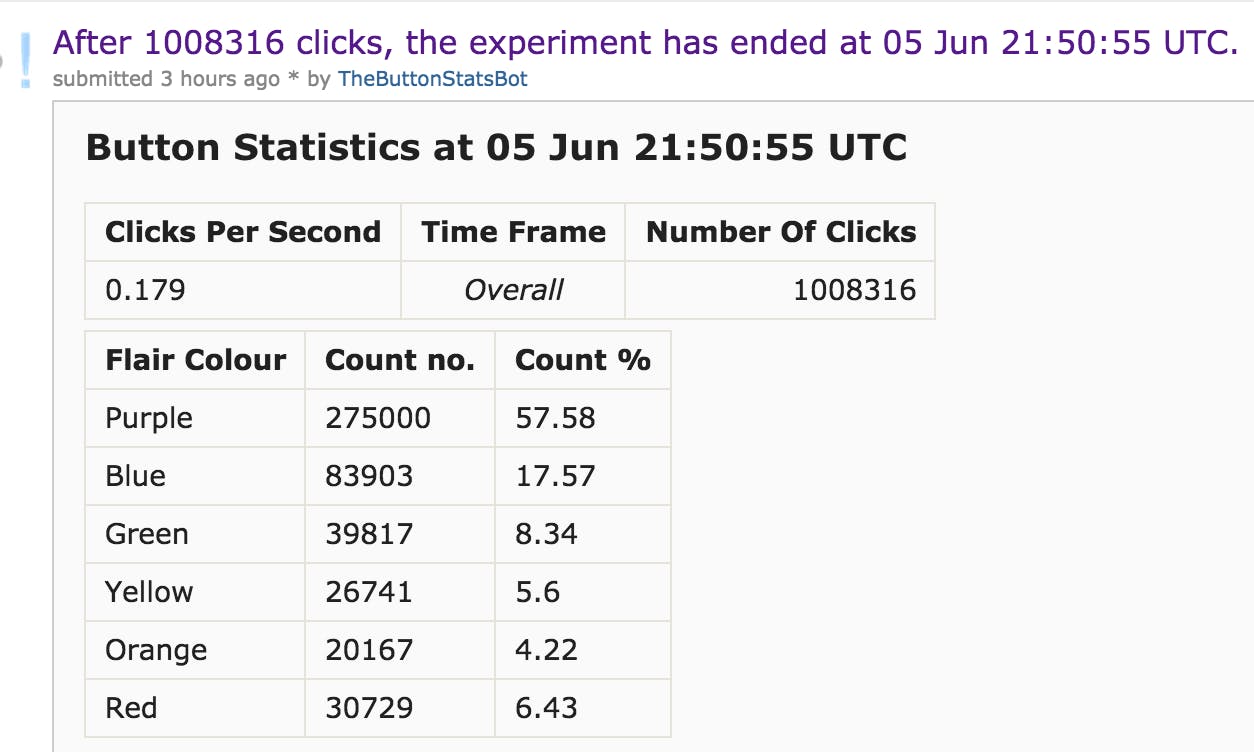 Understandably, people are confused. Did the timer officially make it to zero without someone pressing the Button? Did the moderators just get bored maintaining the subreddit and decide to mess with everyone and remove it?

There were a number of theories as to why the Button existed in the first place. As the Daily Dot’s Greg Stevens explained, the whole subreddit was arguably a massive multiplayer video game in which everyone competed against each other for status. The PBS Idea Channel posted a video earlier this week that discusses alternate theories.

We may never know what happened to the Button or why someone created it in the first place. But I think we can safely say this will go down in history as one of the most epic Internet pranks of all time. Especially if all that Button pressing was for nothing at all.