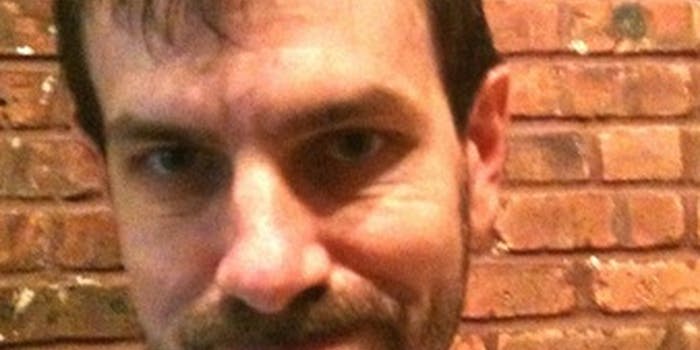 The Brooklyn writer tells the Daily Dot why he decided to troll Donald Trump.

Taking on Donald Trump is no easy feat, but Jason Roeder is attempting to do it with a single hashtag.

Roeder is the creator of #ThanksDonald, the hashtag that sparked a wave of trolling against Trump. His aim is simple: persuade the billionaire to donate $5 million to a charity for clean-up efforts resulting from Hurricane Sandy.

It’s a counteroffer to Trump’s provocative “bet” with President Obama to release his college transcripts. If the President complies, Trump said he will donate a large sum to charity.

“Excited that @realDonaldTrump has decided to donate $5 million to Sandy clean-up efforts, no-strings. I think everyone should thank him,” tweeted Roeder early Tuesday morning, with his tongue firmly planted-in-cheek. Another eight tweets followed from him carrying the same message of mocking Trump’s lack of selflessness and thirst for public attention.

Other Twitter users with a large amount of follower caught on and started spreading the hashtag.  Roeder told the Daily Dot via email that he’s a “bit surprised” on how far the joke reached since he doesn’t have a large Twitter following.

“On the other hand, I think a lot of people have been looking for some outlet for their feelings about this man that goes beyond insults,” wrote Roeder, a Brooklyn-based writer for Thing X. “And maybe this is it: totally unearned praise”

Trump has not directly responded to the hashtag, which has racked up 1,100 mentions according to Topsy, a social measuring service. However, Trump’s ignorance doesn’t surprise Roeder.

“I think Donald Trump is shameless and beyond persuasion, and I’ll be mighty surprised if he responded at all to this,” Roeder said.

“In a perfect world, he’d be forced to clarify that, no, he did not in fact contribute anything to relief efforts and was waiting on the President of the United States to release his college transcript before he’d consider doing so.”

Roeder’s hashtag might be joking but his criticizing of Trump isn’t. He said he’s “doubtful” that Trump will quit with the publicity stunt and just donate money to disaster relief.

“I’d rather he skip the middleman and just cut a $5 million check to the Red Cross,” said Roeder, adding that he encourages people to donate even if Trump won’t.

“Even a $5 donation makes you a hundred thousand times the human being Donald Trump is.”