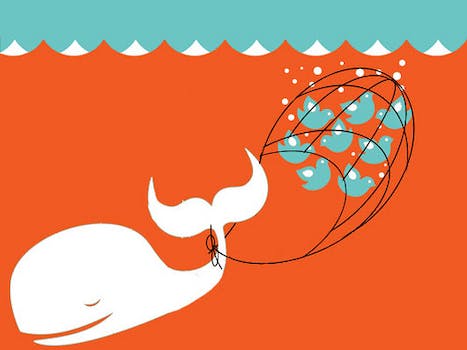 The threat of serious legal consequences for questionable online activity has led to some social network users signing off in Thailand.

Several people in Thailand are considering closing Facebook accounts and other social media services in light of recent government threats that users could face jail time for simply clicking the “Like” button on images and message that portray the government in a negative light.

Thailand’s Information and Communications Technology Minister said last week that even users who simply retweeted a message could face jail terms of three to 15 years. The warning came two days after Amphon Tangnoppaku, 61, was sentenced to 20 years in prison for sending text messages deemed insulting to the country’s queen.

Thai citizens living overseas may also be targeted by the crackdown: Earlier this month, a Thai-born US citizen pleaded guilty to translating a banned biography of King Bhumibol Adulyadej.

“The feeling is we’re better to be safe than to be sorry,” said a 28-year-old Thai man in an online chat with a reporter. The man, who closed both his Twitter and Facebook accounts in recent months, asked that his name not be used for publication.

While the government began taking a hard line on enforcement of the so-called “lese-majeste” laws, it has only been in recent weeks that citizens have begun to understand the implications the laws have on their online activities, the man said.

“Even people who close their accounts are worried. People deleted everything and closed their accounts but they’re still not sure if they are protected,” the man said in a 10-minute instant messenger chat. “Part of the problem is you can not be sure what is and is not allowed.”

It’s not clear how the government plans to enforce the ban, but there are already rumors of the methods popping up. Terry Fredrickson of the Bangkok Post noted that a website setup to solicit support for banning Facebook in Thailand ironically was looking for supporters on Facebook.

“Doesn’t seem too bright to get a movement going in the social media crowd to ban their social media sites? Just thinking,” he tweeted.

But that led to speculation that perhaps the site had been set up by the Royal Government, and that perhaps the site was being monitored for possible violations of the law. Other users—presumably out of the legal reach of the Thai government—took to Twitter to protest the free speech limits.

“To Hell with King Bhumibol Adulyadej, and Queen Sirikit of #Thailand,” @xmtsystems tweeted.