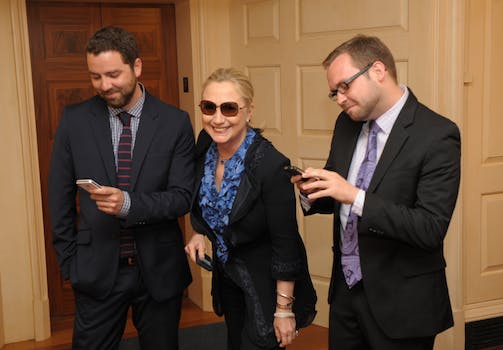 “Hillz” responds to Texts From Hillary

Secretary of State Hillary Clinton submitted her contribution to the popular Tumblr, Texts From Hillary.

Alert! Alert! The meme has become self-aware and is being totally cool about it.

Hillary Clinton submitted her own take on the Text from Hillary meme on Tuesday, and it’s awesome.

The meme came from the braintrust of I’m With Kanye creator Stacy Lambe and Adam Smith, who took a commanding photo of Clinton texting and created a single-serve Tumblr with it. It quickly blew up in popularity, with more than 211,000 likes.

Clinton created her own take on the meme by using pictures of Lambe and Smith with the note “ROFL @ ur tumblr! g2g – scrunchie time. ttyl?…” 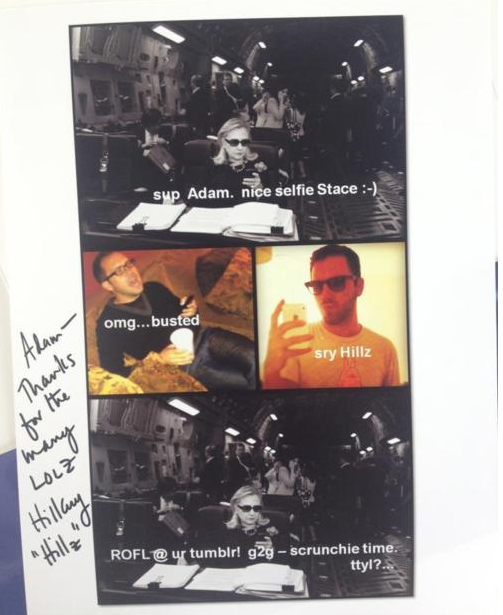 On Smith’s personal Tumblr, he confirmed that it is real and that Hillary even added a handwritten note.

“Yep, this just happened!,” he wrote, adding that the Lambe and Smith personally met Clinton on Tuesday and presented photographic evidence.

Judging from that picture, Clinton can now handle two roles comfortably: Secretary of State and meme.