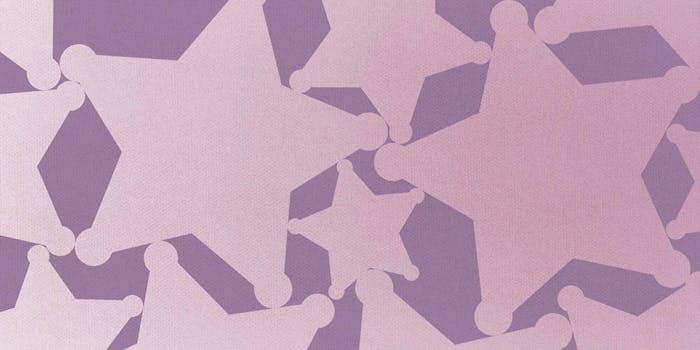 Because sending kids to prison isn't good for anyone.

The U.S. Justice Department has launched an investigation one month after a report revealed that Texas courts overwhelmingly and disproportionately prosecute economically disadvantaged and minority students in truancy cases.

The DOJ investigation will focus on possible violations of the students’ constitutional rights in Dallas County.

“The Constitution’s guarantee of due process applies to every individual, regardless of age or disability,” Attorney General Eric Holder said in a statement on Wednesday.

Last month, advocacy group Texas Appleseed published a report that has since inspired a significant firestorm about Texas law enforcement’s approach to truancy.

In 2013, Texas filed 115,000 truancy cases, more than twice the number filed by all other states combined, according to Texas Appleseed. About 80 percent of the cases targeted economically disadvantaged students, who faced fines as the most common punishment. Minority students were disproportionately targeted by truancy courts as well. Due process was often ignored, and children did not always understand the charges against them, the report found.

The DOJ investigation is the latest victory for reformers who have launched an expansive media campaign to change the way truancy law works in Texas. On YouTube, Texas Appleseed posted the following video making a case for fundamental legal change.

“The current, court-centered approach to addressing truancy is not working,” Deborah Fowler, Texas Appleseed executive director, wrote earlier this month. “Court intervention, particularly for children who have had no previous experience with the criminal justice system, increases the likelihood that they will drop out and enter the school-to-prison pipeline.”

One particularly famous case involves a student who suffers from cerebral palsy being unable to get to school. The student and her mother were both charged with truancy crimes that could have seen them arrested. Eventually, their lawyer convinced prosecutors drop the charges—but the fact that they were brought at all is seen by critic as a sign of a rotten system.

In a 2014 case, a Pennsylvania mother died in jail because she couldn’t pay thousands of dollars in fines related to her kids missing school.

“Simply put, these laws hurt students, particularly the African-American, Latino, and special education students who are sent to truancy court at rates much higher than students from other communities,” Ellis wrote.

Kudos to @RodneyEllis on his DOJ letter to investigate #truancy in Tx. See image for statement http://t.co/Fy9aRRNe1J pic.twitter.com/ndCZAaegBO

“This investigation continues the Justice Department’s focus on identifying and eliminating entryways to the school-to-prison pipeline, and illustrates the potential of federal civil rights law to protect the rights of vulnerable children facing life-altering circumstances,” Holder explained. “As the investigation moves forward, the Department of Justice will work to ensure that actions of Dallas County’s courts are appropriate; that our constitutional protections are respected; and that the children of Dallas County can receive the meaningful access to justice that all Americans deserve.”

“I believe the systemic approach to criminalize students for truancy deprives Texas students of their right to an education,” Ellis, a Houston Democrat, wrote in a letter to the DOJ.

The issue isn’t new. Bills to reverse the situation have been floated and defeated in recent years. However, the DOJ investigation may bring an unprecedented spotlight to a corner of the criminal justice system that rarely sees much attention at all.