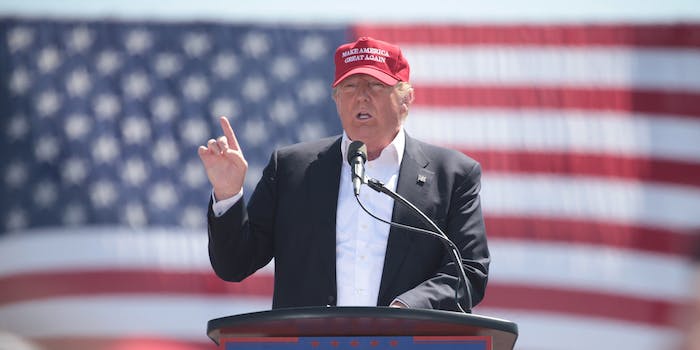 'I am asked to cast a vote on Dec. 19 for someone who shows daily he is not qualified for the office.'

A second Republican elector from Texas says he will not vote for Donald Trump when the Electoral College meets on Dec. 19 because the businessman is “unqualified” to lead the United States of America.

Christopher Suprun, a former firefighter, writes in an op-ed for the New York Times, that his decision all comes back to 9/11.

Fifteen years ago, as a firefighter, I was part of the response to the Sept. 11 attacks against our nation. That attack and this year’s election may seem unrelated, but for me the relationship becomes clearer every day.

George W. Bush is an imperfect man, but he led us through the tragic days following the attacks. His leadership showed that America was a great nation. That was also the last time I remember the nation united. I watch Mr. Trump fail to unite America and drive a wedge between us.

Earlier this month, Art Sisneros, another Republican elector from Texas, announced his decision to not vote for Trump, writing in a blog post that it “would bring dishonor to God” to do so.

Suprun cites Trump’s reaction to Saturday Night Live‘s parody of him, his delayed response to the recent Ohio State University attack, his lack of foreign policy experience, and his decision to “stoke fear and create outrage” rather than attempt to unify a divided country as key factors in his belief that Trump is “not qualified” to be president. This kind of person, Suprun argues, is part of why the Founding Fathers created the Electoral College in the first place.

The United States was set up as a republic. Alexander Hamilton provided a blueprint for states’ votes. Federalist 68 argued that an Electoral College should determine if candidates are qualified, not engaged in demagogy, and independent from foreign influence. Mr. Trump shows us again and again that he does not meet these standards. Given his own public statements, it isn’t clear how the Electoral College can ignore these issues, and so it should reject him.

Suprun has called on his fellow electors to vote for a different Republican candidate, “an honorable and qualified man or woman such as Gov. John Kasich of Ohio.”

“Fifteen years ago, I swore an oath to defend my country and Constitution against all enemies, foreign and domestic,” Suprun concludes. “On Dec. 19, I will do it again.”