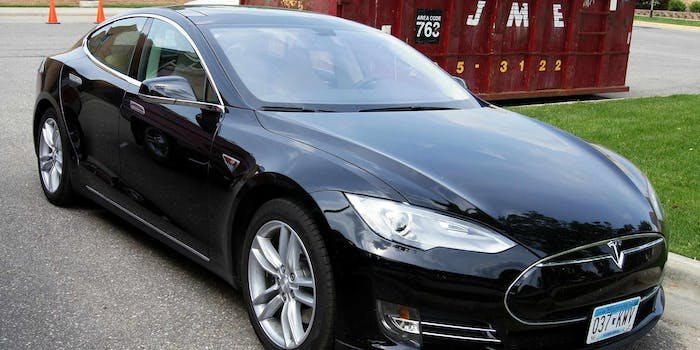 Tesla’s new car is so awesome it broke Consumer Reports

Consumer Reports had a Spinal Tap moment when it was scoring the Tesla Model S P85D. In coming up with a score for the Sedan, the popular product review publication found that its 100 point scale wasn’t enough; the Tesla Model S scored a 103 out of 100.

“The all-wheel-drive Tesla Model S P85D sedan performed better in our tests than any other car ever has, breaking the Consumer Reports ratings system,” the outlet reported.

There was no single feature that put the car over the top, though there’s no discounting the impact of the car’s “insane mode,” which rockets the vehicle from 0 to 60 miles per hour in just three and a half seconds. Consumer Reports said that the car is “pushing the boundaries of both performance and fuel-efficiency,” achieving the equivalent of 87 miles per gallon with its electric motor.

Consumer Reports did note that despite somehow hurdling the perfect score barrier, the high-end Model S is not a perfect car. Its price point is high—$127,820—and the reviewers found the car to be firmer and louder than the base model. The review also does not take into account reliability—a category in which previous versions of the Model S have been just average in.

Sadly, the score of 103 won’t stand; the Model S will just be granted the perfect score of 100 instead of the score with extra credit. But it will retain the title of “Best Car Ever Tested.”