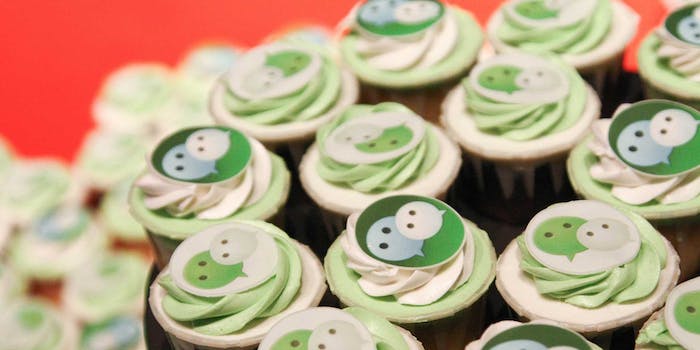 China cracks down on WeChat’s millions of prostitution accounts

Other accounts shut down included fake accounts and those under the suspicion of spreading rumors about the government.

Chinese tech company Tencent revealed today that it closed 20 million accounts on WeChat in connection to, among other qualms, prostitution. Other accounts shut down included fake accounts and those under the suspicion of spreading rumors about the government.

The account deletions are part of an effort to better enforce the country’s prostitution laws. While prostitution is illegal in China, it has been overlooked and authorities have not regulated it consistently. This year, China also launched a campaign against the spread of pornography called Cleaning the Web 2014, intended to create a “healthy cyberspace.”

China began cracking down on Weixin, the Chinese version of WeChat, in May, requesting that the company shut down accounts possibly linked to spreading rumors related to terrorism, prostitution, or fraud. WeChat is the largest of the seven instant messaging companies who have agreed to the request, according to Xinhua.

“While such services have become popular online communication channels, some people have used them to distribute illegal and harmful information, seriously undermining public interests and order in cyberspace,” a statement from the State Internet Information Office read.

Any company failing to comply with the government’s request will be held responsible, authorities said in a statement.

Tencent revealed in May that WeChat membership has risen to 396 million active users, meaning Tencent wiped out five percent of accounts. 30,000 of the deleted accounts were fake public accounts.

Further implications behind the Chinese government’s latest crackdown threatens users’ free speech rights. Tencent’s first quarter report released last month boasts a growing number of WeChat users, but government actions and subsequent account shutdowns show that even the private messaging app is not safe from prying eyes. It could suffer the same fate as another popular social media site, Sina Weibo, which earlier this year reported a loss of millions of members after some government intervention.

The purge of certain accounts in Weixin, however, parallels the changes Tencent implementing throughout their other holdings. Tencent has been deleting spam messages, malicious accounts, and inappropriate messages on two of their other social media sites, QQ and QQ Zone, according to Tencent’s Weibo page. In January, Tencent announced that it would give up to $1.6 million to those who reported accounts that broke any rules. Tech in Asia reports that the recent government crackdown also affects QQ.