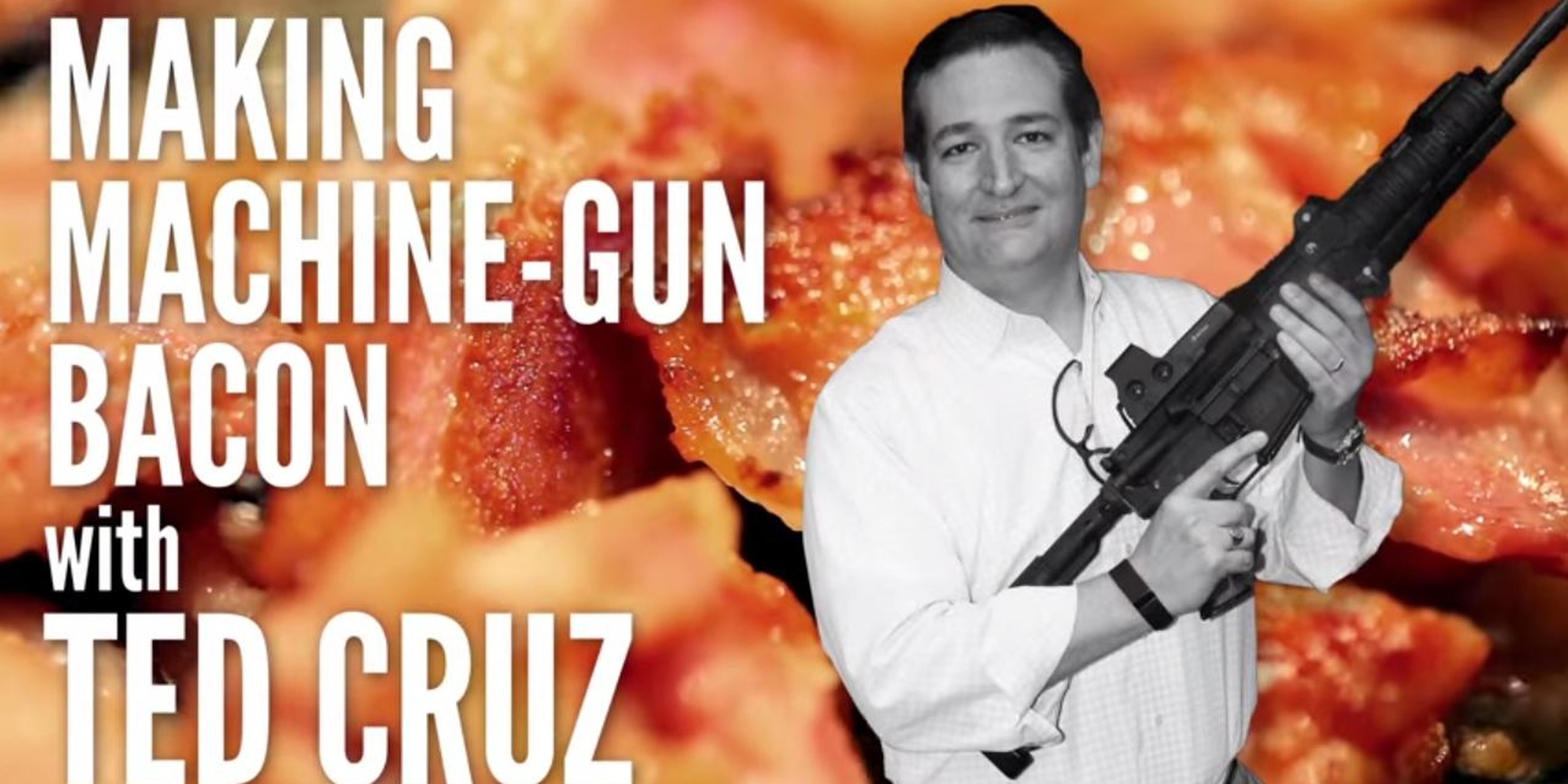 Ted Cruz cooked bacon with a machine gun because #2016

Welcome to American politics in 2016.

When you’re trying to compete with Donald Trump for voters’ attention, you need to up the ante. For Sen. Ted Cruz, a Republican presidential candidate from Texas, that means one thing: More guns and pork products.

“In Texas, we cook bacon a little differently than most folks,” Cruz tweeted in introducing the following video.

Having watched the video six or seven times, we have to agree. This is… a little different.

As the Constitution makes clear, the right of the people to eat bacon shall not be infringed.