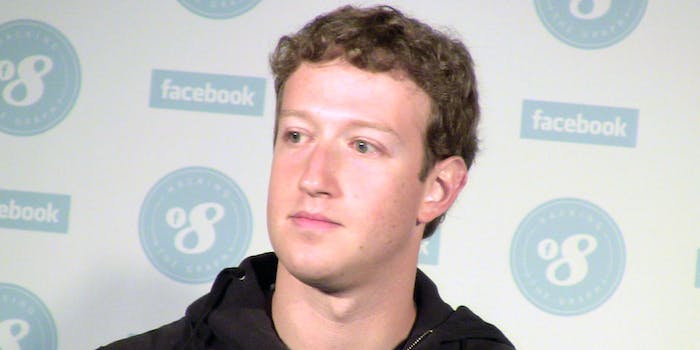 Pressure has increased on governments to reign in tech giants.

A growing number of technology experts are comparing Facebook to cigarettes, arguing that the damage caused to society by the social media company is like the damage done to human health by smoking.

Billionaire Marc Benioff, CEO of cloud computing company Salesforce, first made the comparison one year ago when arguing in support of regulating Facebook. Since then, Benioff has repeatedly reiterated his stance as the social media giant’s prominence has grown.

“Facebook is the new cigarettes,” Benioff told MSNBC last November. “You know, it’s addictive. It’s not good for you. There’s people trying to get you to use it that even you don’t understand what’s going on.”

While Benioff’s statements have ruffled the feathers of tech titans, the CEO’s beliefs have recently gained increased support as Facebook finds itself immersed in countless scandals.

As reported by Business Insider Wednesday, Benioff’s beliefs appear to be having sway at the World Economic Forum’s Annual Meeting in Davos, Switzerland.

“Marc Benioff has chosen to look at this through the lens of public health, which, in my opinion, is the exactly the right starting point,” McNamee told Business Insider at Davos.

“The cigarette comparison was awesome, in my opinion, because the average person gets it,” Steyer said. “There needs to a global conversation about this, and there needs to be common-sense regulation of the tech companies.”

Steyer argues that society has finally reached a point in which it is beginning to understand that the emperor, or Facebook, has “no clothes.”

“We believe there are huge issues around addiction, attention, and distraction caused by social-media platforms,” Steyer said. “Last year was a tipping-point moment in the relationship between tech and global society.”

The trio, along with their supporters, have begun a major push to reign in Facebook and other tech giants Amazon and Google. Just last week, Steyer visited Brussels to discuss Europe’s General Data Protection Regulation and other privacy laws.

Given the likelihood of even more data breaches and scandals in the future, Steyer believes there has never been a better time to break up and regulate the major tech players.

“Now people realize there has to be a balanced approach to tech,” Steyer added. “The idea that they will protect the public interest and self-regulate is folly. You need a much more public-interest-orientated approach.”