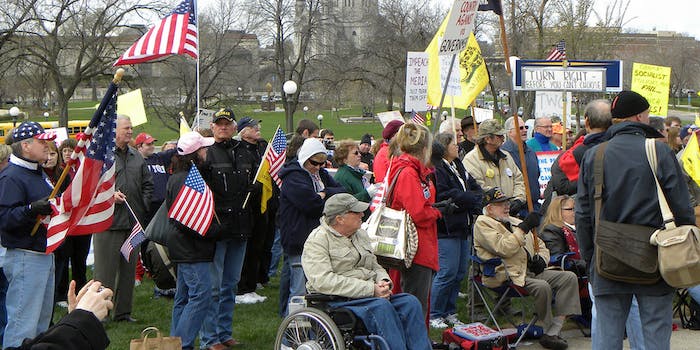 Tea Party group may have missed the point of ‘BioShock Infinite’

If you are a radical political movement looking to push your agenda, perhaps you shouldn’t rely on a video game that actually satirizes your movement.

The National Liberty Federation, a Florida-based group affiliated with the extreme right-wing Tea Party, chose to spread its ultra-conservative message with a certain image on its Facebook page. The image features everything from colonial men to American flags to the slogan “It is Our Holy Duty to Guard Against the Foreign Hordes.” 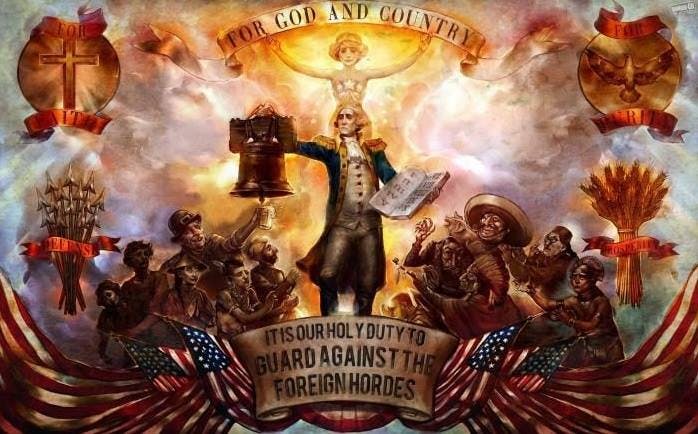 Screengrab via The National Liberty Federation/Facebook

Patriotic, right? Well, the image is actually from the video game BioShock Infinite.

And it’s a not-so-subtle satire.

The image is part of the artwork used by the game’s Founders, a political party that models its ideas around those of the Founding Fathers of the United States. In the game, the Founders are depicted as extremely xenophobic and hateful, but all under the guise of freedom. Even the casual player can quickly realize that the Founders are a direct parody of the Tea Party.

And now, with the actual Tea Party movement unknowingly adopting the artwork as its own, it appears that things have come full circle. Several Facebook users have commented on the screenshot, pointing out its origin.

“Comstock for President!” Andy Colvin said, referring to one of the Founders from the game.

It isn’t yet known whether or not the Occupy movement will represent themselves as the Vox Populi, or if 2008 political icon “Joe the Plumber” will proudly depict himself as a certain well-known mustachioed man who throws fireballs.