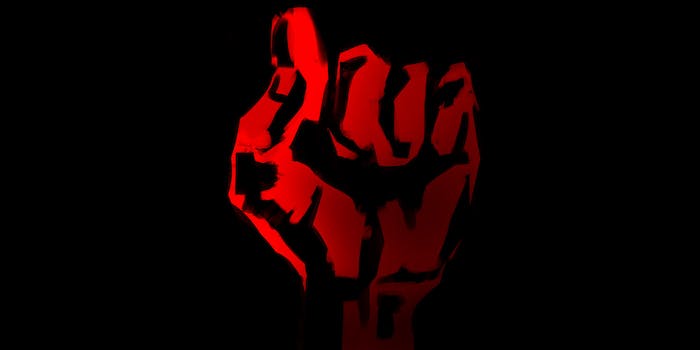 Activists say that no justice should mean no LeBron James.

Activists are turning to the power of Twitter campaigns and hashtags after a grand jury issued no indictment on Monday for two white police officers who shot and killed 12-year-old Tamir Rice in Cleveland, Ohio, on Nov. 22, 2014.

Writer Tariq Touré created #NoJusticeNoLebron, a social media campaign calling for NBA superstar LeBron James to boycott his season until the Department of Justice responds with the imprisonment of officers Timothy Loehmann and Frank Garmback for the death of Rice, the Washington Post reported.

James previously wore a “I can’t breathe” shirt in support of Eric Garner in 2014 and wore a hoodie in solidarity with Trayvon Martin in 2012. Activists want to know if he will do a little more for Rice.

@KingJames made a statement about #EricGarner with #ICantBreathe

Supporters want James to take notes from the University of Missouri’s student athletes. The football team went on strike back in November out of solidarity with student protests over perceived racism from university officials. Their support helped remove system president Tim Wolfe from office.

The call of action has split response over the last couple of days. Some supporters believe in the power and privilege of athletes and their resistance, but some critics find the demand to be too much of a burden for one person.

Difficult position to put @KingJames in w/ #NoJusticeNoLebron .. We should unite & all black athletes in Cleveland should stand together.

People are more mad about #NoJusticeNoLebron than they are that a 12 yo was murdered.

James responded to his requested call of action on Tuesday night after the Cavaliers won 93-87 over the Nuggets, according to Cleveland.com

“This issue is bigger than me, it’s about everyone,” James said Tuesday night in a statement after the game. “And gun violence and tragedies and kids losing lives at a young age, some way, somehow we need to understand that that matters more than just an individual.”

He continued: “For me, I’ve always been a guy who’s took pride in knowledge of every situation that I’ve ever spoke on… And to be honest, I haven’t really been on top of this issue, so it’s hard for me to comment.”