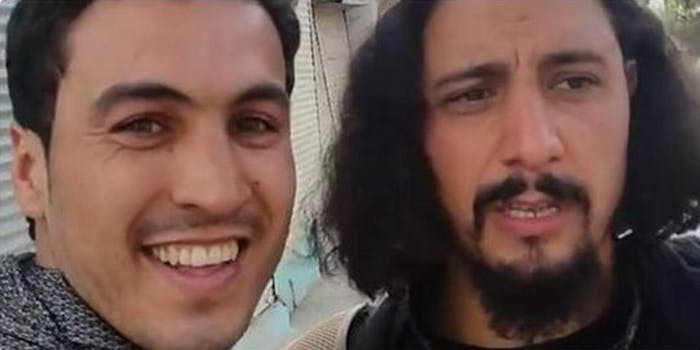 The Taliban had just won its biggest victory since 2001, so the Islamist militants decided to celebrate like anyone else in 2015: By taking selfies.

When the Taliban recently captured Kunduz, a major northern Afghan city, photo proof was instantly shared on the world’s most popular social media networks thanks to the militants’ reported love of smartphones.

Reports say a significant number of locals had become disillusioned with the “corrupt” Afghan government, aiding a quick turn toward the Taliban.

News of the major military victory complemented with smiling selfies provided significant propaganda ammunition for the Taliban, even though its win lasted only about three days. The Islamist fighters were driven out of the city shortly thereafter by Afghan government troops.

Not all local residents welcomed Taliban fighters. The Afghan government reports over 20,000 families and as many as 100,000 individuals were displaced during the battle in Kunduz.