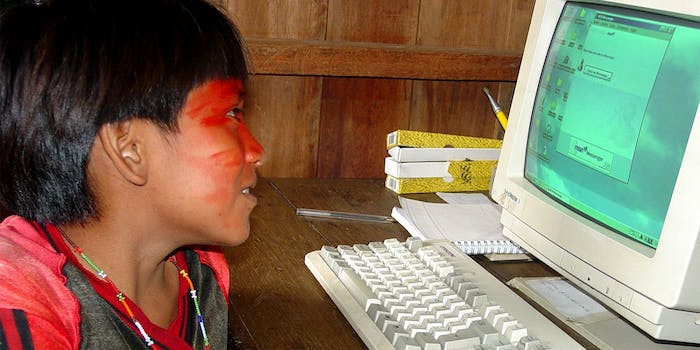 This ought to be interesting.

In Taiwan, a generation that has grown up with its eyes locked onto screens will have to spend less time in that familiar environment and more time in the real world.

The government of Taiwan recently expanded laws designed to keep children from spending excess time on electronic devices, forcing parents to keep watch over their children’s digital behavior or pay a steep fine.

The amendment to the Protection of Children and Youths Welfare and Rights Act stipulates that children under 18 “may not constantly use electronic products for a period of time that is not reasonable.” Parents and legal guardians who are found to have let their child be exposed to electronics to the point of mental or physical illness are subject to a NT$50,000 fine (about $1,600).

The revisions to the law seek to ensure that juveniles in the island nation don’t become islands themselves, isolated from their family and peers by an inordinate amount of screen time. The use of devices like computers and smartphones is now equated with acts like smoking, drinking, chewing betel nut, and using drugs. The revisions also prevent children from reading, watching, listening to, or using any content that contains sex, violence, or obscenities.

Specifics on the law are sparse. There is no set definition for how long a “reasonable” amount of time is, nor are there any details about how to determine that an ailment is caused by overexposure to electronics.

The American Academy of Pediatrics suggests that children get no more than two hours of screen time per day. The organization found that the average American 8-year-old spends around eight hours each day using various forms of media, while teens rack up eleven or more hours daily.

Enforcing the new regulations may be tough on parents if they don’t do some disconnecting of their own: A 38-year-old man in Taiwan recently died after spending three days straight playing videogames. He is only the latest example of an ongoing trend of adults losing their lives during marathon gaming sessions.

Attention computer-addicted Taiwanese teens: Tell people you write for an Internet publication. Then no one will question why you’re online all day—except for your family members, none of whom will understand what you do for a living.