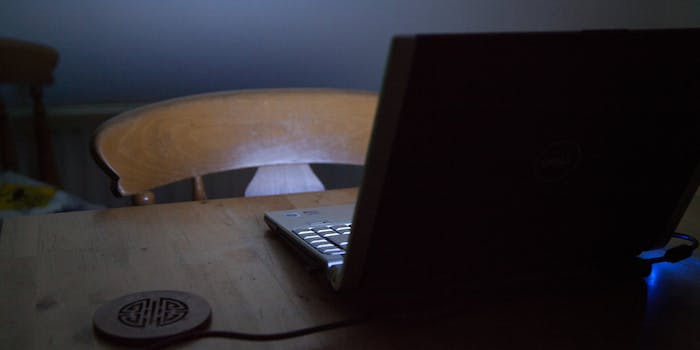 How to use TAILS, the privacy OS behind the NSA leaks

Lock it down, people.

Real online anonymity is at a premium these days. Now more than ever, journalists, activists, privacy-savvy citizens, and tech-friendly criminals want strong tools to stand up to eavesdroppers—whether they’re police, spies, hackers, or corporate trackers—who aim to learn and record our every digital move.

One of the most important anonymity tools that exists today is TAILS: The Amnesic Incognito Live System, the leading anonymous operating system for computers (and, soon, smart phones).

“TAILS have been vital to my ability to work securely on the NSA story,” Glenn Greenwald recently told the Press Freedom Foundation. “The more I’ve come to learn about communications security, the more central TAILS has become to my approach.”

At the most fundamental level, TAILS works by forcing all outgoing connections through the encrypted Tor network and then blocking all non-anonymous connections.

Many people who want online anonymity use Tor on Windows or Mac because it’s the quickest solution. TAILS, which is tiny and relatively easy to set up, ups your privacy protection by providing a highly capable suite of anonymity tools in an all-in-one package, which includes encrypted browsing, communication, storage, off-the-record chat, and more.

While many Tor users end up making mistakes that expose them to potential surveillance, TAILS covers as many bases as possible with strong security. Nothing is 100 percent secure, but TAILS is an extremely powerful, simple weapon in the fight for privacy that helps guarantee your online activities won’t come back to haunt you.

“Privacy and encryption work, but it’s too easy to make a mistake that exposes you,” journalist Barton Gellman said. “TAILS puts the essential tools in one place, with a design that makes it hard to screw them up. I could not have talked to Edward Snowden without this kind of protection. I wish I’d had it years ago.”

Here are three easy steps to get you started with TAILS:

You can download the newest version of the operating system from the TAILS website in the form of an ISO image file. TAILS, like virtually anything online, can be attacked and impersonated, so you can verify the program’s authenticity here.

2) Install (but not where you think)

Installing TAILS is as simple as placing the ISO image you just downloaded onto a USB stick, SD card, or DVD. This has several upsides: TAILS is small, portable, and leaves no trace on your (presumably unencrypted) hard drive.

You can start TAILS by plugging in the device to a PC, then restarting the computer. You should be greeted by TAILS as your computer wakes up. Some computers require users to press F1, F2, DEL, ESC, or F10 on startup in order boot from the correct device. (You can find more detailed instructions here and here.) And when you’re done, simply shut down the machine and remove the TAILS storage device. It will be as if you were never there.

TAILS, which is releasing version 1.0 later this month, is accepting donations here.