Turns out a taco truck on every corner isn't so bad.

Who would have thought tacos would be a trending topic this election? Well, someone out there thinks it’s a real threat—or taco trucks at least.

The Founder of Latinos for Trump, Marco Gutierrez, spoke to MSNBC Thursday evening and touched on the issue of immigration. Out of everything he said, only one comment managed to make its way to the internet and turn into a meme.

“My culture is a very dominant culture, and it’s imposing—and its causing problems,” Gutierrez said. “If you don’t do something about it, you’re going to have taco trucks on every corner.”

That’s right. Every corner would have a taco truck. There’d be a massive increase of tacos everywhere. How did people respond? Some might have been with him, others might have been offended or may have laughed it off, but the majority pondered upon this reality and… absolutely loved it.

Twitter exploded with memes, but not a single one opposed to the idea. BuzzFeed News called it the most delicious political hashtag of 2016.

The Daily Dot set out to the streets in Austin, Texas, to visit taco trucks and see how owners and workers were reacting to the idea that they might have to get ready to expand at an overly exaggerated rate.

Famous in Austin for its Mexican authenticity, Veracruz All Natural Food Truck was a no-brainer. Worker Edgar Garcia tells us how one taco at a time can make a difference.

“There are so many different types of tacos,” Garcia said. “When you start to evolve a concept, new ideas surge along with new entrepreneurs, small or big. One taco truck can have 30 different locations each, with workers contributing to the economy.”

Perhaps tacos can be the solution to our national deficit. One truck is never enough. “We’re here to work,” Gonzalez said. “We buy from American stores to run our business. We serve food to Americans. We pay rent and taxes to Americans. We are clearly contributing to the economy.”

The future seems bright. But perhaps Gutierrez, the man responsible for the #tacotrucksoneverycorner hashtag, was right in one thing: Mexican culture can be dominating.

The Las Trancas owner tells us about half of his clients are Americans. Americans come to the taco truck asking for salsas to use in their daily meals or for sodas and claim to eat even spicier salsas than Mexicans. There is a strong influence there.

Having more of these trucks—small yet capable of providing jobs to the community—seems like a bright idea. The Texas Democratic Party thinks so. They’re asking for your retweet.

Immigration has long been central to the identity of America, but it is a problem strongly correlating to the uprising revolution of tacos, so they say. The wise man behind it all may have led Americans to realize one thing, though. Taco trucks can be the immigration policy no one ever thought of before. 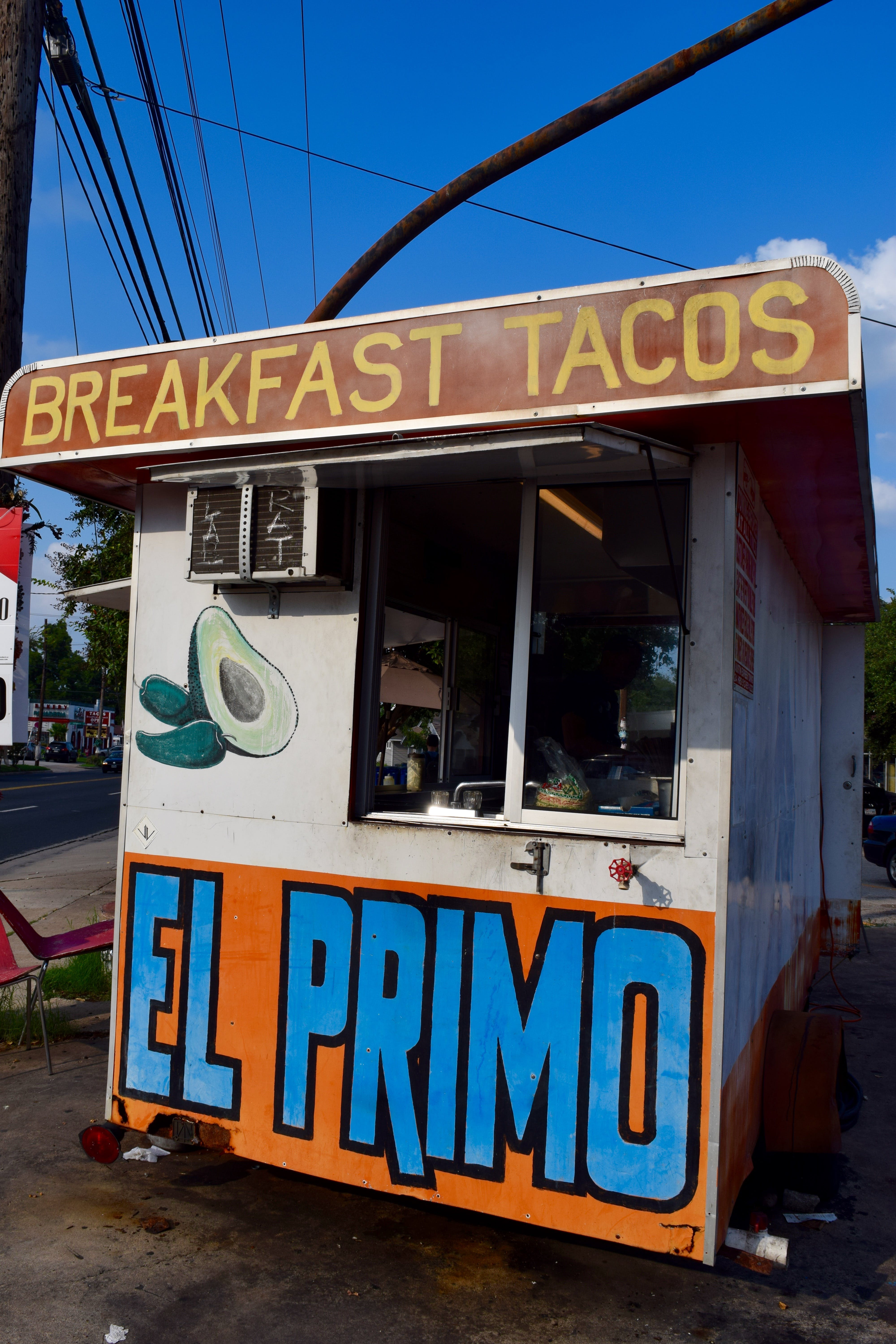 Juan Jose Perez, owner of another taco truck, El Primo, says immigration should not be an issue only about Mexicans. He says taco trucks do two things: contribute to the economy, and provide delicious, affordable food to the community.

“There are thousands of immigrants. It’s not just Mexicans coming in and doing bad to the country,” Perez said. “We are not taking jobs away, we are only aiding the economy.”