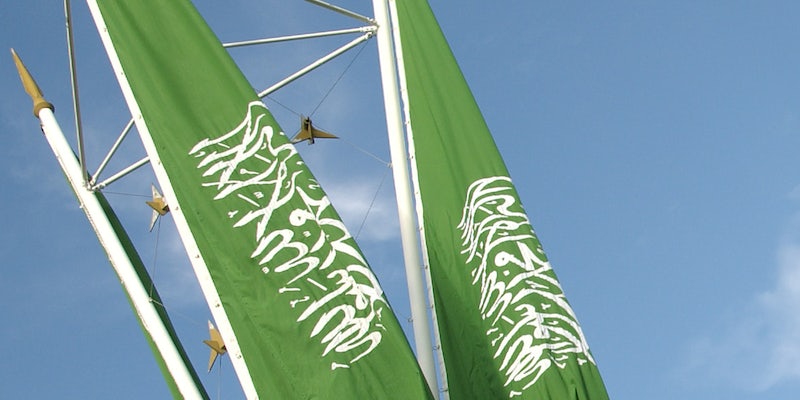 The hackers continue their war on anti-Assad sentiments.

The infamous Syrian Electronic Army claims to have hacked a slew of Saudi Arabian government websites on Wednesday, the latest volley in its ongoing attack against anti-Assad sentiments online.

The SEA has claimed on Twitter to have hit 15 Saudi principality websites as well one state-run magazine. The attacks can’t be verified as all of the sites are currently posting a “service unavailable” message (perhaps in response to whatever damage was done):

Certainly, it seems likely the SEA succeeded. For several years, the SEA has targeted sites it feels promote a negative image of Syrian president Bashar al-Assad.

The war, which began in 2011 with Sunni protests against Assad’s Shiite government, has escalated into a brutal civil war. According to CBC, more than 100,000 people have been killed as of July 2013. In that same time 2.4 million Syrians have fled to Iraq, Jordan, Lebanon, Turkey, Egypt, and elsewhere.

In the wake of reporting the ongoing civil war, the New York Times, BBC, Time, Al Jazeera and other media sites (including the Daily Dot) have all been targeted by the Syrian hackers. Twitter was also attacked.

In all cases, the hacks seem less aimed at doing any real damage to media sites and platforms than simply sending a message that such sites are more vulnerable than they think. Indeed, one peculiar side effect of the SEA’s hacking has been that it has pointed out basic security loopholes at major media sites.

One common attacked used by the hackers has been phishing. They send employees of target sites emails with nefarious links that trick victims into entering personal or company login information. However the attacks seem to have grown in sophistication as of late.

Given the shaky security at massive media outlets, the SEA no doubt can make quick work of government sites, which tend to still exist in a Web 1.0 Internet that’s now more than a decade old.

In the case of the Saudi government sites, the exact prompting for the attack is unknown. However, in general, Saudi Arabia is a predominantly Sunni country which has thrown its weight behind Sunni rebels attempting to take down Assad’s Shiite regime.