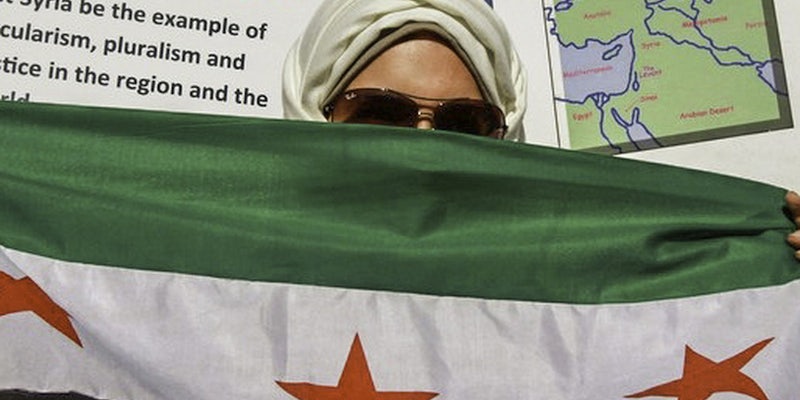 The Damascus airport has also been shut down, and landline phone service is intermittent, as Syrian rebels clash with the Assad regime.

While the world tries to solves the mystery behind the country-wide Internet outage in Syria, one activist believes the government of President Bashar al-Assad may be behind it.

Over the last few days, Assad’s regime has suffered major losses in its clashes with rebels, who have managed to encircle the capital, Damascus, even attacking the International Airport there and forcing a shutdown of its services, said Ammar Abdulhamid, an exiled Syrian pro-democracy activist and fellow at Foundation for Defense of Democracies, in an email to the Daily Dot.

“As such, the move could reflect a sign of growing panic in the regime and could be a desperate move to disrupt communications between rebel groups, even though rebels rely for the most part on satellite communications and short wave radio rather than the internet,” Abdulhamid added.

Over the last 20 months, Syria has been a state of chaos as more than 15,000 people have been killed in protests against Bashar al-Assad and his regime. Since March 2011 hundreds of Syrian prisoners have been subjected to torture at the hands of Syrian intelligence agencies in detention centers around the country, Human Rights Watch reported.

Early Thursday Renesys, an Internet intelligence agency, reported that “all 84 of Syria’s IP address blocks have become unreachable, effectively removing the country from the Internet.”
Anti-government activists have also experienced problems with landlines and cell phone reception in Syria.

As was the case during the Egyptian uprising, shutting down the Internet will only embolden people to rebel and disseminate information anyway they can, Abdulhamid said.

“This shutdown could be a sign that the regime is preparing for a major offensive in Damascus and elsewhere, and wants to delay coverage of the event by international press as much as possible,” he added.

“But that does not make much sense really, considering the widespread use of satellite communications. But if the regime is in a panic mode, then not all its steps would be rational at this stage.”