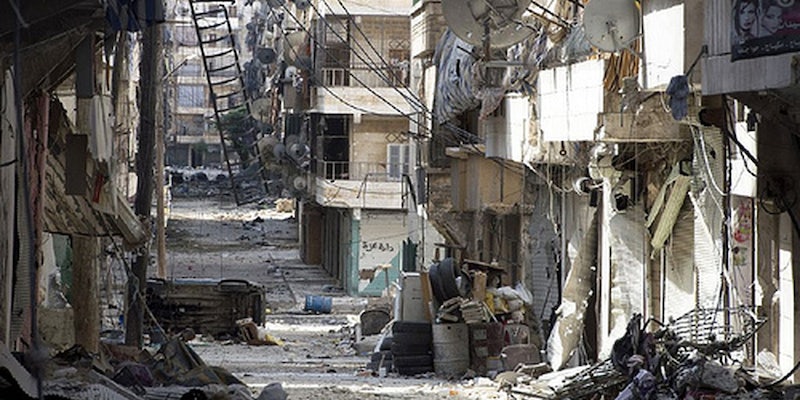 Google has reactivated Speak2Tweet, and Telecomix has posted free dial-up numbers, but it's hard to say what's working.

On Wednesday, Syria became the third country to shut down its Internet, following Egypt and Libya in 2011.

While Egypt and Libya shut off their citizens’ access to the global Internet early in their Arab Spring uprisings, Syria has shut off its connections almost a year into what has become a full-fledged civil war.

In the cases of Egypt and Libya, the action made no difference to the ultimate success of the revolutions against those countries’ entrenched leadership. For one thing, for all the bloviation to the contrary, neither was an “Internet revolution.” They were revolutions of people.

But insofar as the Internet was a tool for communication between people within those countries and between the countries and the wider world, global activists quickly stepped in and provided options that allowed information to continue to flow.

Google set up Speak2Tweet, a service that allowed people to call in and leave a verbal tweet. Small World News, the folks behind AliveIn crowdsourced the translations of these tweets and made them available on a Google doc, then on the site Alive in Eygpt. The group Telecomix Frankensteined a bunch of dial-up numbers that residents could use for free. It was slower but it worked.

Already, both several group are at work trying to provide workarounds for Syria. The Electronic Frontier Foundation’s Eva Galperin told the Daily Dot that Speak2Tweet is active for Syria, though she didn’t see any Syrian tweets right away. “No surprise, given that it’s the middle of the night” there when she wrote.

The problem with both of these services is that telephone landlines (and mobile service) are reportedly down in the capital and possibly much of the rest of the country, though this is hard to measure or verify. Additionally, the Syrian government may have many weaknesses, but electronic surveillance is not one of them. And, as EFF’s Jillian York reminded TechPresident, the considerable presence of global media in Egypt during its time offline is by no means paralleled in Syria.

Anonymous has posted a message outlining some of the work they have done in the past year, anticipating this sort of an event. They have provided a link to Syrian Care Package, and maintain “there are emergency independent media centers already set up in every city of Syria. Activists and independent journalists in Syria will be able to utilize these media centers to get news and media out of Syria, and Anonymous will assist in propagating that media to the world.”
Anonymous’s @opsyria has threatened attacks on all Syrian government online properties hosted outside the country.

Several hashtags have found purchase to exchange information on the shut-down, including #internetcutinsyria and #syriablackout.

Maybe. But it is a easier to massacre people when the world isn’t listening to the screams—and massacre is an historical preoccupation of the Assad dynasty—so a few modem lines, or other message-in-a-bottle attempts, might be useful.