Adorable? Not so much. Useful? Very.

If South by Southwest‘s Robot Petting Zoo had a theme, it was crisis. Or rather, how to aid it. In a hotel conference room, a group of roboticists and entrepreneurs came together to showcase their latest projects, and while some were built for researching human interaction, others were created specifically for use in disasters.

The robot that drew the most stares from curious onlookers was the DAR-1, pronounced “Darwin.” It looked like a cross between a spider and a science fiction machine. The DAR-1 is a social robot, designed to provoke an emotional response in people that interact with it.

At the front of the robot is a face-tracking camera, and once DAR-1 locks on to you, you can move around and it’ll respond as you do.

“To the extent he is causing an emotional reaction, he’s being successful in his mandate to be a social robot, or a social personal robot,” Ray Renteria from Robot Central, said in an interview with the Daily Dot. “But what he’s doing here is showcasing some computing technologies that continues to get cheaper and more powerful, and open-source; free computer vision technologies.”

If you ever get lost in the woods, you might wish you had something like nCap with you to make sure that despite lacking cell service, you would still be able call for help. The nCap gives users Internet and text capabilities within a 1,000-foot bubble, and you can connect all your devices to power them up. The nCap itself is fueled by the sun, and a special technology created by the company is what makes the emergency kit so reliable.

“A liquid nano antenna technology, that’s what’s inside them,” Anthony Sutera, president and CEO of nCap said. “We made antennas that work better than regular antennas, so that’s the genesis of all this stuff.”

NCap looks for cell networks in surrounding areas, and if it doesn’t find any, it turns its target to satellite networks and can enable communication that way. 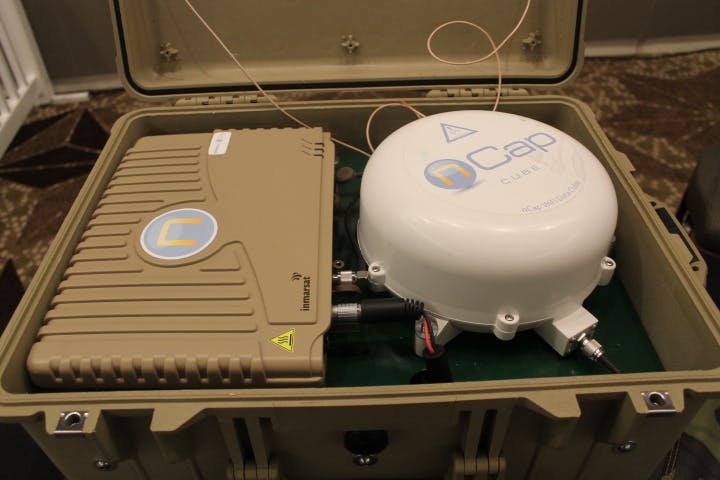 In San Francisco, the XFold drones are being used to inspect the Golden Gate Bridge and the Bay Bridge, two structures that would take thousands of dollars and many man hours to survey. The XFold drone has a GoPro camera with a programmed gimbal that uses GPS stabilization to make sure that even in the Bay Area’s wind, a clear photo is still captured.

Drone pilots are trained on XFold’s platform—the company was demoing it during SXSW, and most of the passersby crashed in the simulator. 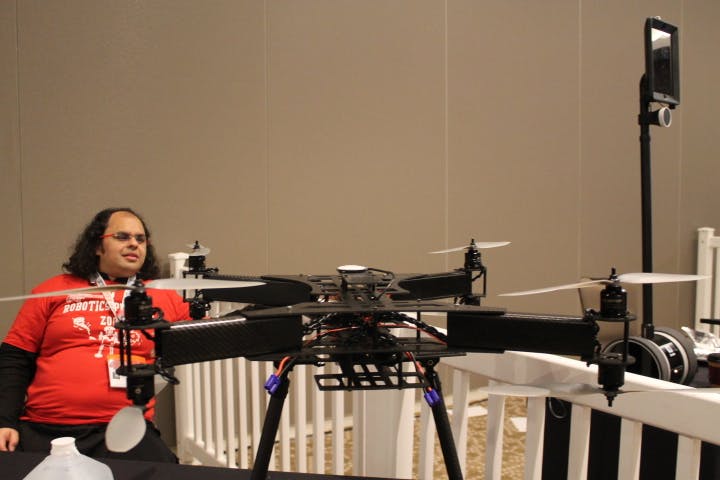 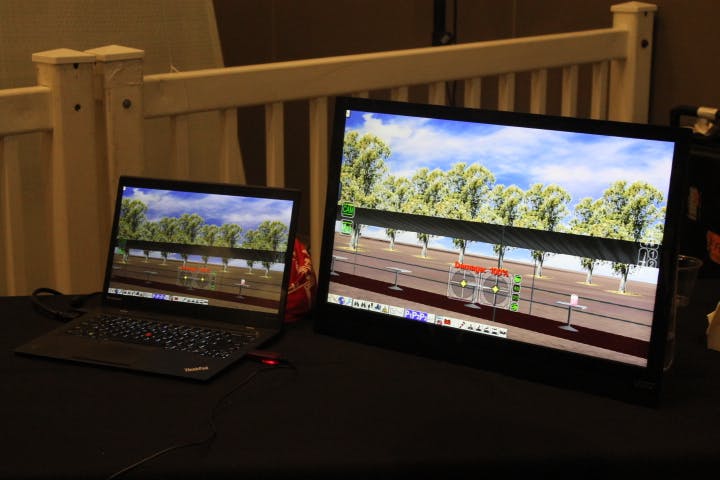 Then there’s the Double, which looks like an iPad on a stick because, well, that’s what it is. The Double is a telepresence robot with a stupid simple user interface that lets people be in two places at once. At $2,500, the Double is a little more expensive than the Beam+, a telepresence robot for the home, but still relatively affordable in terms of at-home or in-office personal robots.

RJ Wafer from Double Robotics told me that these robots can be used in variety of ways, including in the boardrooms, on panels at SXSW when people can’t make it, or in classrooms to let kids who might be recovering from an illness participate in school.

“When they can walk down the hallway and talk to their friends, it completely changes the way they can recover,” Wafer said.

MUPPette is a concept of a unmanned aerial vehicle (UAV) that is designed to 3D-print materials while flying. For instance, it would be able to create building materials mid-flight and provide building resources from communities stranded for natural disasters. 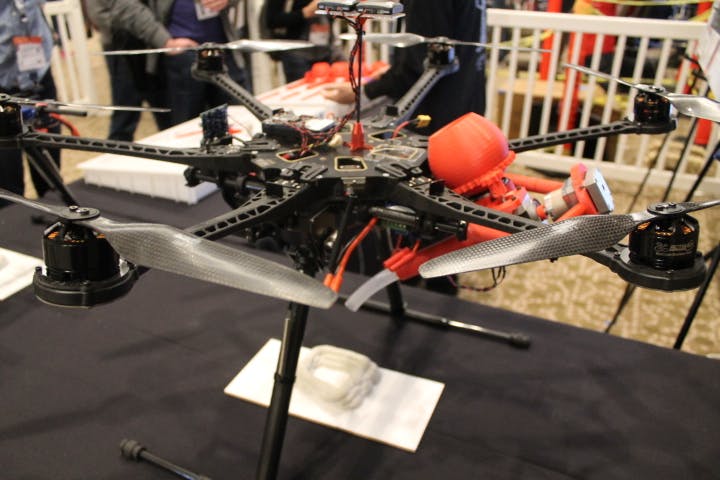 Texas A&M University was out in full force demonstrating their products, including a UAV and robots that have experience with a real world disaster. Last year, Rita the Skywriter was deployed in Washington in the aftermath of a deadly mudslide to survey the damage. The UAV can be controlled remotely with an application that lets you shine lights in specific places, or travel up close to a wide area. 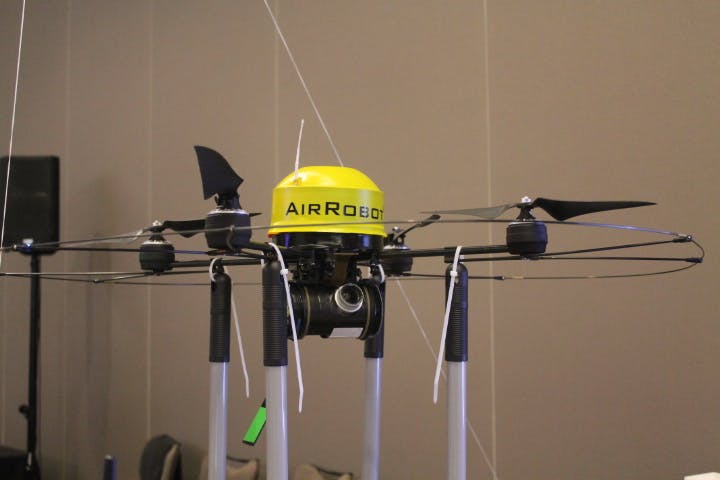 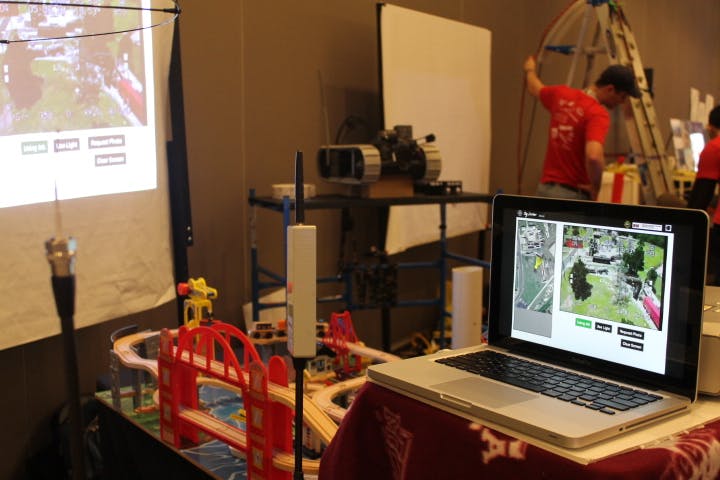 Some of these robots might seem intimidating to people who see their jobs in things like bridge repair or search and rescue literally going to the robots. But that’s not the ultimate goal.

“The answer is not to remove people from the equation,” Evan Huddleson with XFold said. “It’s about giving people better tools to solve these problems.”