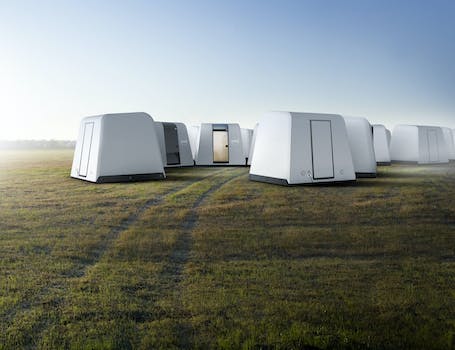 These high-tech pods could be our future shelters

These tiny houses have a serious side.

South by Southwest is not made for naps. Between the pulsating music and non-stop crowds, you’re lucky to get a single good night’s sleep.

That’s why my heart skipped a beat when I spotted a strange, futuristic little cube structure lined with oh-so-inviting beds. But this wasn’t a nook where Austin’s burned-out revelers could sleep off a hangover. As it turns out, these nap-friendly pods had a much higher purpose. “The idea is that municipalities or states or government agencies would purchase and store them in large quantities,” a perky rep explains, humoring my half-joking request for shut-eye. “A container ship can hold enough of these to house a million people.” As it turned out, the pod—designed and dreamt up by Austin-based Reaction Housing—weren’t nappable at all, but they were pretty cool. Crafted out of a polypropylene plastic/fiber hybrid honeycomb, the structure was both light and sturdy. With only two pieces weighing about 400 pounds each, a team of four or five people could heave the top shell onto the baseplate. The result is a sort of ultra-modern micro-barn made of plastic. Inside, a row of bunks on either wall provides a place to sleep, with power outlets and air vents. 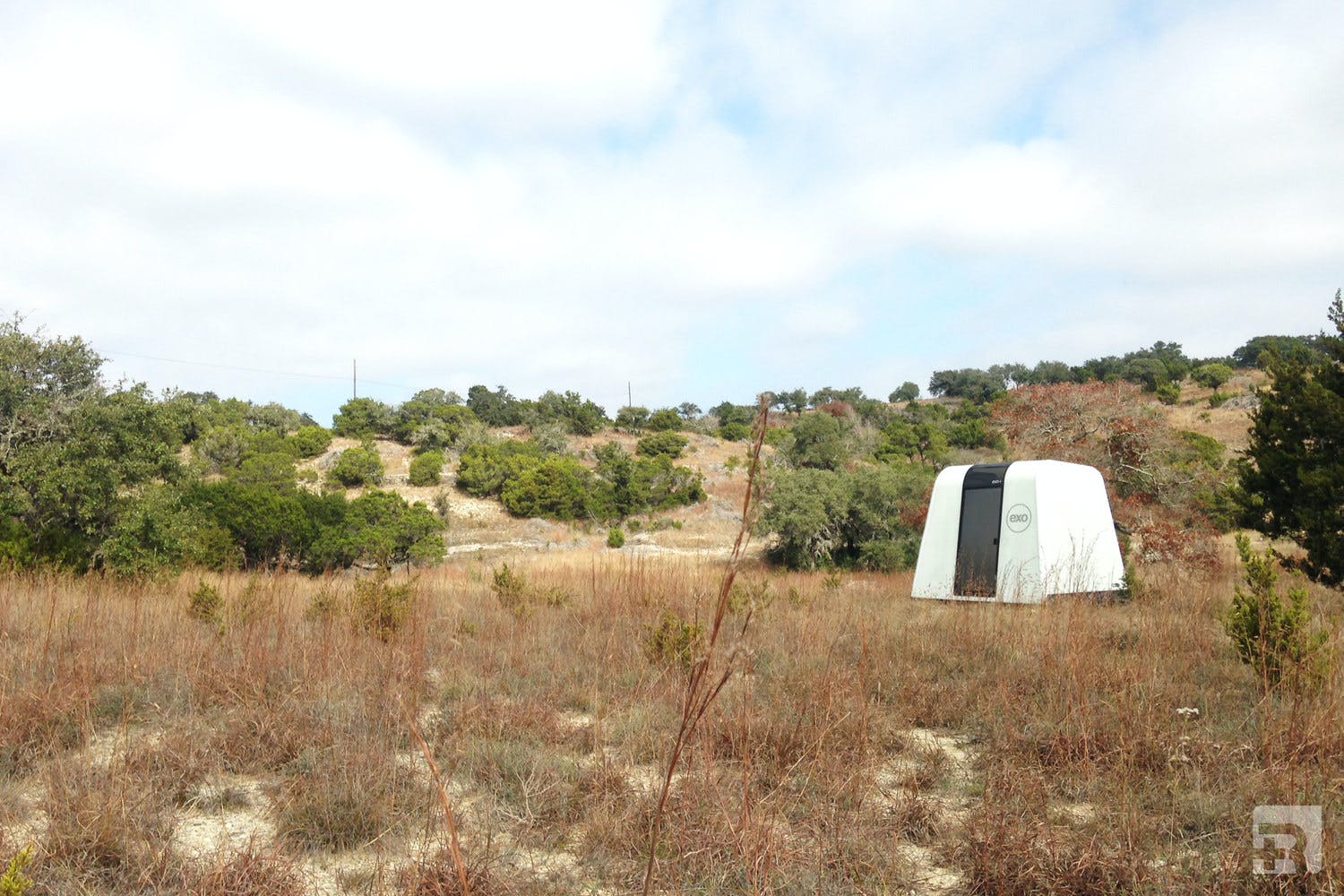 Reaction’s Exo shelters look straight out of Battlestar Galactica, but you wouldn’t know how high-tech they really are unless you looked up. On the outside, a glossy black strip over the door functions as a digital display, capable of showing basic information, like the unit number. Since chaos, crime, and theft often prevail in the immediate aftermath of post-disaster scenarios, an Exo can be unlocked with an RFID-equipped wristband programmed to let the right people in. Thanks to mesh networking hardware built into each unit, it’s possible to observe a community of Exo units to monitor potential risks, like smoke, fire, or if someone tries to tip one over or break in.

In places where there’s a lot of humanitarian need, tents and collective open-air shelters usually make up relief zones. “People could raid a camp and cut right though it with machete,” a Reaction engineer observed with a furrowed brow. But with their design, “You can tell right away, hey there’s a problem in unit 40.”

With a target price of $3,000, Reaction is hoping that governments learn a lesson from FEMA’s deadly fumbles and take note of their design. For now, they’re working with the private sector, mostly in the hospitality industry where they’ve partnered with a major hotel chain. The tiny house and shipping container craze has helped fuel interest, too. “We’re thrilled that there are commercial uses to help us achieve that humanitarian vision,” one of Reaction’s 26 members explained, emphasizing their humanitarian end game.

Until its higher vision is realized, there’s another market to explore. “Everyone wants one for their backyard.”