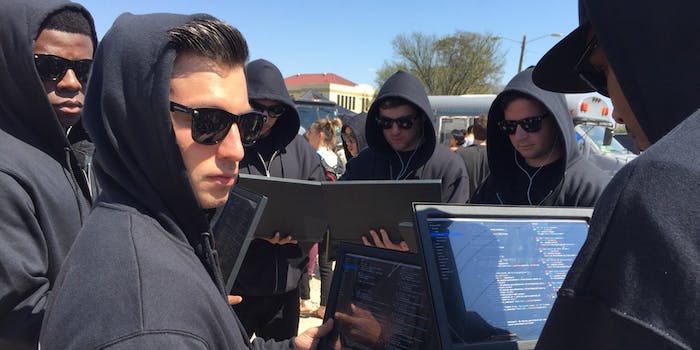 SXSW is using mysterious ‘hackers’ as a PR stunt

This is probably 'CSI: Cyber's fault.

CSI: Cyber marked the beginning of the end.

In a dusty lot just south of the Austin Convention Center, a line of guys in black hoodies holding newspapers attracted a crowd. They wouldn’t speak, but observing them for a few minutes made it clear that this was no real social commentary—for better or worse, it was a PR stunt disguised as one. 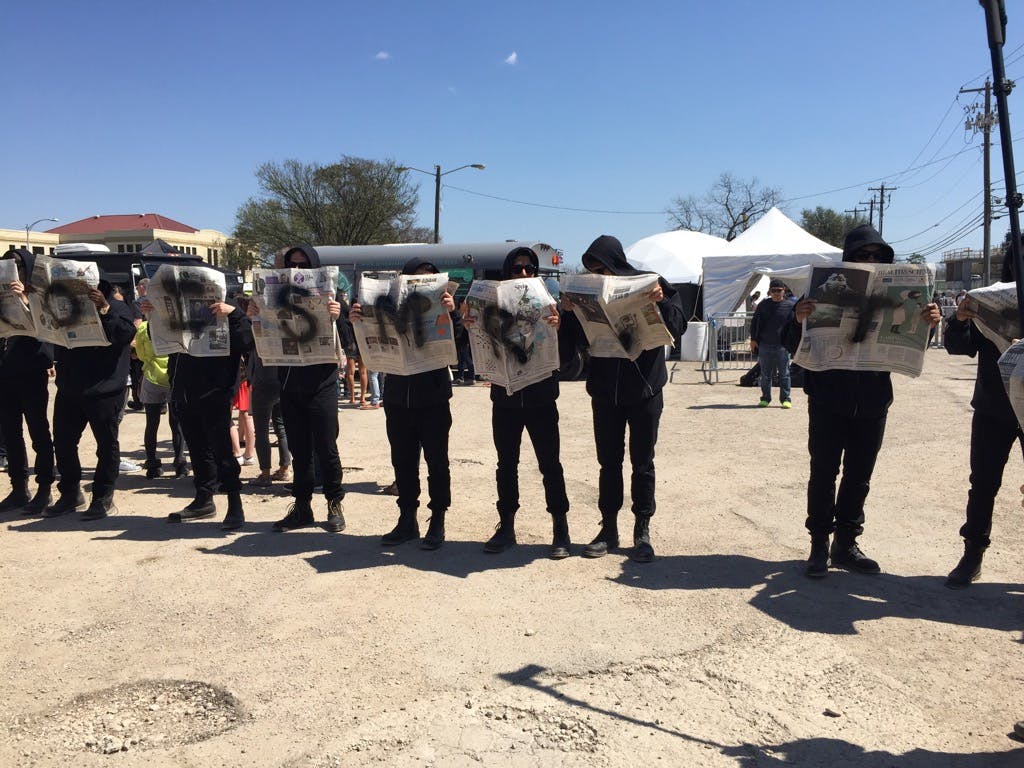 The 15 or so men wore black hoodies, sunglasses, earbuds, and black combat boots. They were silent, making noise only to reshuffle their formation in the large lot, which had attracted a crowd thanks to its abundance of shade and food carts. Breaking from their line, the strange actors reformed in a circle, all holding laptops (tablets mounted in cases) displaying code. A guy walking by observed that it was Python and “looked like real code.”

“It’s like some sort of question and answer Web app,” a programmer friend clarified for me. “You go to the page and it asks you questions and then you have some buttons to answer, multiple choice style.”

That’s where the intrigue ends, of course. The faux hackers, all men, began handing out small cards promoting something called Mr. Robot (whoismrrobot.com). The friend I was with pulled up the site on her iPhone, which began issuing an ominous sort of low-pitched noise, like you might hear if your operating system crashed. A video popped up featuring blurry figures milling around, speaking in hushed voices. The noise didn’t stop.

A nearby ice cream vendor observed that they were actually $10 coupons for the “southbites” food truck pod. I still don’t know what Mr. Robot is, but I guess the brands win this round. 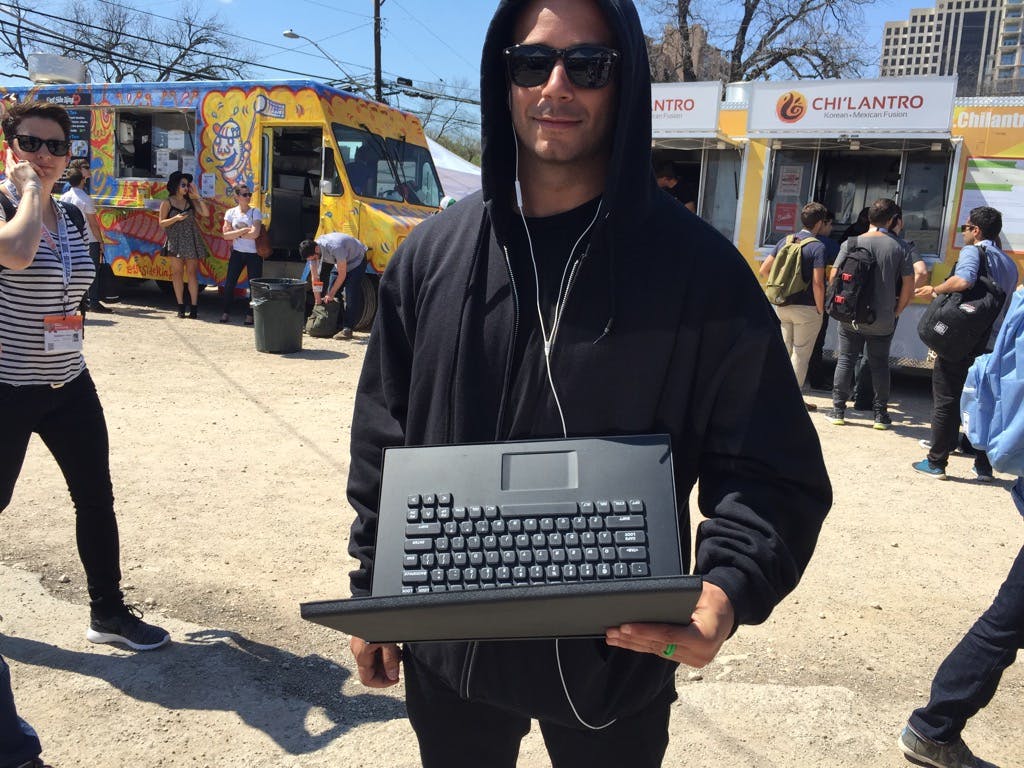 I redeemed mine for a scoop of artisanal ice cream and a latte. Oh well.