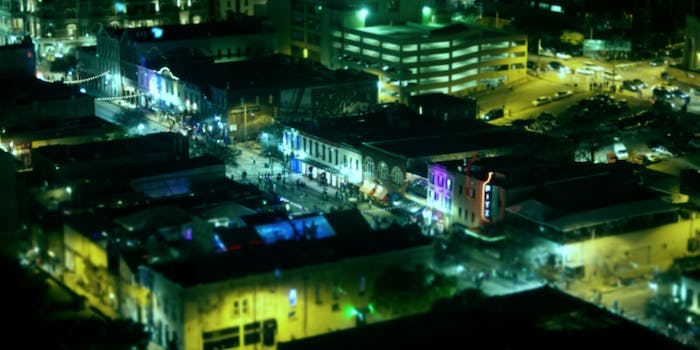 The state of surveillance in 2015

The effects of Snowden's disclosures are becoming more clear.

No fewer than three total strangers told me this weekend that we’re living in the “post-Snowden era.”

In this new era, the U.S. government  is waging a security war against the world’s biggest tech companies. Metadata is the most personal thing produced by our civilization. And while they’re probably not browsing through your emails specifically, there’s really no dispute: The government is spying on you, in one way or another.

The government is spying on you, in one way or another.

Or, at the very least, there’s an international consortium of government agencies—that occasionally refer to themselves as the Five Eyes—secretly vacuuming up every bite of personal information they can and then storing it at heavily guarded, billion-dollar facilities around the world.

Over the past 12 months, we’ve seen Americans settle into the idea that their privacy is effectively gone. In fact, surveillance itself is really no longer the conversation. The effects are now easier to quantify, and the U.S. government has endured a significant, albeit futile, effort from within to curtail its own authority. The National Security Agency’s most influential critics these days are wealthy businessmen for whom the system has always seemed rigged.

In a room full of mostly empty chairs at the South by Southwest festival in Austin, Texas, executives from top Internet hosting companies sit alongside a nonprofit privacy advocate and a federal employee. There is no surprise guest speaker teleconferencing in from a remote, secret location. The discussion at hand is the economic degeneration of American businesses that deal in the transfer and storage of data.

“Historically, we’ve seen about 60 percent of new business from non-U.S. sources,” says Christian Dawson, president of Web hosting services provider ServInt. “Pretty much immediately after the Snowden revelations, that number was cut in half. We could see, demonstratively, companies outside the U.S. were no longer looking to host their products in the United States.”

His experience is mirrored by that of Ben Young, a vice president at Peer 1 Hosting. “What deeply concerns me about recent months and years being at the forefront of the Internet industry: Our credibility as a country in the industry is being seriously threatened right now,” says Young.

With the extent of the NSA’s infiltration and sabotage of the systems we use laid bare, consumers outside the U.S. are increasingly wary of companies like Dawson’s and Young’s. There’s no incentive to host data inside a country that prohibits unreasonable searches and seizures when secret courts routinely stretch the boundaries of what’s considered constitutional.

“Both anecdotally and empirically, we’ve had all sorts of data come back that says people are unwilling to trust data hosted in the United States,” Young adds. As a result, his company produces contracts that implicitly prevent data from being transferred or stored in the U.S.

“I want these big companies to protect me from the government because no one else has the power to do it.”

For Harley Geiger, senior counsel at Internet-rights group the Center for Democracy and Technology, a simple cost-benefit analysis ends the debate. “The bulk collection of American emails has not yielded any positive results,” he says. “It has not foiled a terrorist plot. It has not made us safer.”

Geiger’s assertions contrast with statements issued by the White House. Less than two weeks after the first Snowden article was published, President Obama echoed the testimony of then-NSA Director Keith Alexander, who repeatedly claimed that “54 different terrorist attacks” had been thwarted thanks to the bulk collection of American phone records, authorized under Section 215 of the Patriot Act.

However, Alexander later admitted under questioning before the Senate Judiciary Committee that the figure was grossly inflated. He refined his language describing the program’s relevance at a later event by suggesting that Section 215 had “contributed to our understanding of terrorism activities,” which “enabled the disruption of potential terrorist events at home and abroad.”

In defense of dragnet surveillance, a few politicians have even expanded upon Alexander’s claim rather that shoot for accuracy. At a town hall meeting in August 2013, for instance, Rep. James Lankford (R-Okla.) assured supporters that Section 215 had stopped “54 different terrorist plots here in the United States that had originated from overseas in the past eight years.”

“Other programs are potentially more effective,” Geiger admits, “but our goal is to curtail the more problematic and invasive programs, from mass surveillance to targeted surveillance.” National security, he added, cannot simply mean the government collecting all information on all Americans without due process.

“Section 215 is being used in a way never intended by Congress,” he says. “If we can’t reform a program like this, then how are we going to deal with new classes of technology in our future?”

Faith in the government’s ability to monitor its own adherence to legal and ethical standards is at an all-time low, apparently even from within. Seated alongside Geiger, Ellen Schrantz, counsel to U.S. Congressman Darrell Issa (R-Calif.), stresses the need for immediate legislative reforms.

“The government will abuse the law if there is no transparency,” Schrantz says as matter-of-factly as possible. The clock is ticking, she insists, and without an extensive framework for transparency built-in, any future legislation regarding surveillance will have no hope of preventing abuse.

“Someone can decide to move their business somewhere else with two clicks of a mouse based on what they read in an article,” she says. “Lots of legislators care about jobs and the economy, so they should hear these arguments.”

Blocks away at the JW Marriott hotel, a broader conversation is taking place, one less concerned about the avenues of policy making and more focused on the progress of technology and the surveillance landscape.

“Law can subvert technology and technology can subvert law,” Schneier often says. The real story, he tells the smaller, but packed room, is not the collection of private data, but its analysis. Many types of technology inherently collect what may be referred to as surveillance data. “Our cellphones know we are all in this room,” Schneier says. “And they have to, because otherwise, they can’t ring when someone calls you.”

The collection of data—although there’s plenty to say about its retention—is not inherently evil, Schneier insists. Your phone isn’t tracking you out of malice, he says. That’s just how it works. “Similarly, Google has to know what you’re searching for, otherwise it can’t give you the results.”

But knowledge of who specifically was in the room, gathered to hear a speech about “surveillance’s threat to liberty,” Schneier says, is infinitely more private than the content of the conversation itself. The accumulation of records, from mobile devices, credit cards transactions, and online habits, can be used to paint a very intimate picture of someone’s life.

“We’re learning from what the NSA’s doing, from what companies like Facebook and Google are doing, is that this metadata—the data about data—is actually much more personal,” Schneier says.

Wizner is optimistic about the growing divide between big technology companies and the government in the wake of the NSA leaks, which offers its own form of checks and balances. “Instead of having them working together in the dark, they’re now fighting in public,” he says. “It’s fascinating to see the director of the FBI go to the press club in Washington, D.C., and attack the world’s most profitable corporation, Apple, for building products that are ‘too secure.’”

For Schneier, the cost of freedom is the possibility of crime. The U.S. has reached a point technologically where, in reality, preventing crime is a walk in the park. Installing breathalyzers in every car would surely save tens of thousands of lives, he says. But invasive and perpetual law enforcement is the antithesis of freedom. And that’s the trouble with intelligence practices that draw conclusions from a wealth of metadata collected about its citizens.

“I cannot believe this is the end of the great democratic experiment, and all that’s left is the surveillance state.”

The intimate painting of your life through metadata may not always be accurate, but in many ways we are judged by our data in an opaque way, Schneier explains. “Data is now deciding whether we get mortgages, whether we can fly airplanes, what kind of jobs we get,” he says. And we don’t always have the opportunity to confront our data, or dispute the lies it says about us.

“I truly believe we will solve this,” Schneier says, pushed by Wizner for an optimistic comment. “I cannot believe this is the end of the great democratic experiment, and all that’s left is the surveillance state. We’ve fought bigger problems over our history. This won’t be the one that stops us. I can’t imagine this is the end of privacy.”

Where transparency is key for Schrantz, Schneier preaches awareness and historical perspective. Transforming our society to be more respectful of individual privacy will be painstaking. It will break existing business models, which have birthed colossal corporations that amassed exorbitant wealth from the collection, storage, and analysis of our private data.

The challenge lies in the fact that true power always has, and always will, stem from the possession and control of information. Knowledge can be used to free a society just as easily as it can be used to oppress one. Your data, and the technology from which it propagates, will either play a role in preserving democracy or hasten its demise.

Photo via Ed Schipul/Flickr (CC BY 2.0) | Remix by Dell Cameron