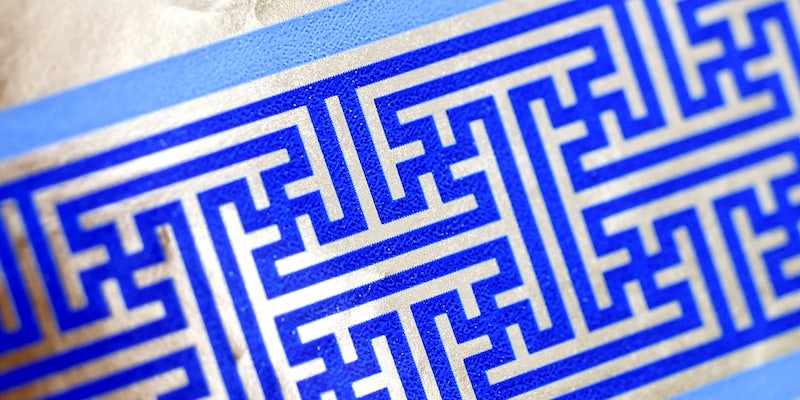 The swastika is a symbol so loaded with hatred that just seeing one is enough to make a member of the Jewish faith wince. So imagine the surprise of one Walgreens shopper in California when she purchased festive Hallmark-licensed wrapping paper and noticed some not-so-subtle swastikas in the paper’s design.

Hallmark caught wind of the complaint Sunday night and asked stores carrying the paper to take it off shelves on Monday.

“We apologize for the oversight and apologize to anyone who was offended. That obviously was not our intent,” Hallmark spokeswoman Julie Elliott told the Kansas City Star on Monday. “It was an oversight on our part to not notice the intersecting lines that could be seen as a swastika pattern.”

Who's getting fired for this one? Once you see them, they are all you see. https://t.co/B3J301ERSh

Hallmark, which is based in Kansas City, Mo., said the design wasn’t actually meant to be Hanukkah-themed, despite the fact that it was displayed that way in the Northridge, Calif., Walgreens where the story began. Any shopper worth her weight in gelt knows that silver plus blue equals Festival of Lights, and it’s hard to believe Hallmark could be so ignorant.

The paper’s design was supposedly modeled after a Chinese vase, which could actually mean the swastikas were no accident. Before the Nazis co-opted the cross-like symbol, the swastika was a symbol of good luck and prosperity in some Eastern cultures. In 2014, of course, it means nothing but intolerance.