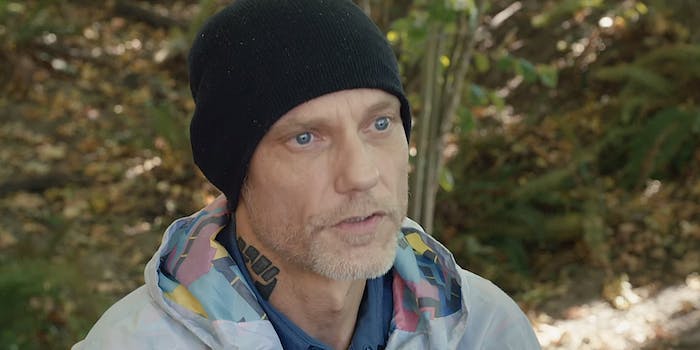 A suspect in the fatal shooting of a right-wing activist in Portland, Oregon, was reportedly killed by U.S. Marshals as they attempted to arrest him.

According to the Associated Press, agents with the FBI and U.S. Marshals Service killed Michael Forest Reinoehl, a suspect in the killing of Aaron Danielson, who was killed on Saturday as supporters of President Donald Trump clashed with protesters in Portland.

Reinoehl told Vice News in an interview published on Thursday afternoon that he acted in self-defense, while also appearing to take responsibility for fatally shooting Danielson. In June, he described himself as “100% ANTIFA all the way!” in an Instagram post, according to the New York Times.

“I felt that my life, and other people around me lives were in danger. I felt like I had no choice but to do what I did,” Reinoehl said during the Vice interview, adding: “Had I not acted, I am confident that my friend and I am sure, I, would have been killed because I wasn’t going to stand there and let something happen.” The news outlet noted that they did not independently verify his claims.

Officials said that Reinoehl pulled a gun during the attempted arrest, a U.S. Marshals official told the Associated Press.

Thurston County Sheriff’s Lt. Ray Brady spoke with reporters saying the “confrontation” between Reinoehl and U.S. Marshals happened around 7pm PT, according to a press conference video from the Olympian.

Danielson was part of a group of supporters of Trump who traveled in a caravan in downtown Portland over the weekend. The supporters and counter-protesters clashed at times, according to the New York Times.

Trump tweeted about Danielson being shot on Thursday night, asking why he hadn’t been arrested.

“Why aren’t the Portland Police ARRESTING the cold blooded killer of Aaron “Jay” Danielson. Do your job, and do it fast. Everybody knows who this thug is. No wonder Portland is going to hell! @TheJusticeDept @FBI,” the president tweeted around 10:40pm CT on Thursday.