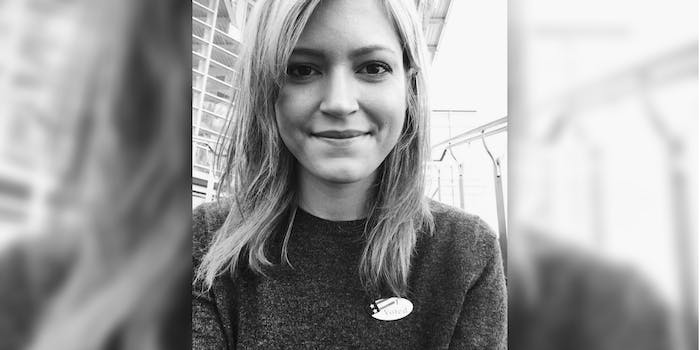 'We shouldn’t put anyone into power that doesn’t have a demonstrated record of public service.'

In her first interview since publishing the sexism and harassment memo that set off a series of personnel changes at Uber, former company engineer Susan Fowler told the New York Times that Silicon Valley‘s recent pushback against industry-wide sexual harassment might have been ignited by the election of President Donald Trump.

“The second Trump won, I felt super-powerless and I thought, ‘Oh my God, no one’s looking out for us,'” Fowler told the Times. “[Republicans] have the House, they have the Senate, they have the White House. And so we have to take it back ourselves. We have to be the ones doing the work.”

While her memo—detailing numerous allegations of sexual harassment, sexism, and a human resources team that refused to take action—eventually led to the firing of 20 people and CEO Travis Kalanick‘s ousting, Fowler told the Times that she still didn’t feel the company was committed to change. Particularly from Arianna Huffington, the company’s only female board member at the time. Said Fowler:

The one interaction we had was right after I published the blog, when I started getting calls from friends and family and even acquaintances I hadn’t talked to in years and years who were getting calls about private investigators asking about it. And I was pretty sure that this was coming from Uber or someone close to Uber. So I sent an email to some of the members of the Uber board because I was like, ‘Look, I don’t know if you’re responsible for this, but hey, if you’re doing this, please stop.’

And Arianna responded and she was like, ‘Travis has assured me that he did not do this.’ And I replied, asking her, “OK, well, then, could you please go and say publicly, ‘Whoever’s doing this, stop,’ if somebody is?”

Huffington disputed the dirt-digging and possibility of retribution, stating management assured the board that “nothing was done like that or would be.”

Now 26 and working as an editor at Stripe’s tech publication, Fowler feels particularly dedicated to moving forth with the resistance of systemic sexual harassment (and the Trump administration) now that she’s seven months pregnant with a girl.

“I think, right now especially, with Trump in the White House, who knows what’s going on with North Korea? Then we have natural disasters happening. If just feels like you’re being tossed around on the ocean and there’s nothing. What I keep going back to and what keeps me going, is trying to do good in whatever little spot of the world we can influence, no matter how small,” Fowler said. Speaking about her daughter, she replied, “I’m so excited. Now I’m just like, ‘Got to make this world better so she doesn’t have to deal with these things.'”

Something that will hopefully mitigate her daughter’s future? The U.S. learning from its voting record (and not electing Mark Zuckerberg as president).

“I’d hope that we learned something from this election, that we shouldn’t put anyone into power that doesn’t have a demonstrated record of public service,” Fowler said when asked about Zuckerberg’s presidency. But to Fowler, Massachusetts Sen. Elizabeth Warren might not be such a bad choice: “Yeah. She’s amazing. She’s so fierce. And she takes on the banks and she doesn’t back down.”