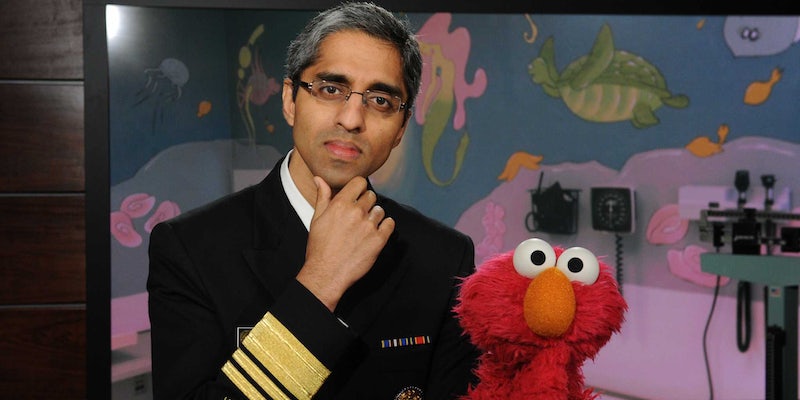 Your favorite little red monster gets a visit from America's top doc.

There’s been a lot of Internet “controversy” over vaccines in recent years, but the fact is, vaccinations protect children from life-threatening illnesses. Period.

Doctors have eradicated maladies like measles, only to see them crop up again in communities where vaccines are distrusted. Bad science, misguided celebrities, and uninformed social movements have contributed to a confusing and dangerous online discourse.

That’s why the U.S. Department of Health & Human Services, Sesame Street, and the Daily Dot have teamed up to create this short video that you can share with friends, family, and new parents.

In support of his first major public health initiative, Dr. Vivek Murthy, surgeon general of the U.S., drops in on Elmo’s checkup to explain how vaccines actually work and why they’re so critical to children’s health.

You can find more information and resources about childhood vaccinations at the Health & Human Services blog. This video and partnership supports the Sesame Workshop’s mission to help all kids grow up smarter, stronger, and kinder.