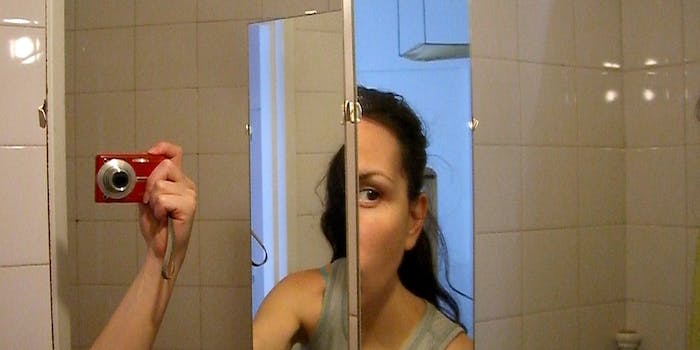 Is this new dating app explaining or exploiting our superficiality?

Tinder and Grindr have spawned a slew of imitators, each of which is more shallow and awful than the rest

Many have accused Tinder and Grindr of raising the dating game to a new level of superficiality by emphasizing users’ physical appearance over all other traits. But the truth is that Tinder and Grindr are only the tip of the iceberg when it comes to the shallowest dating apps on the market. There’s Hot Or Not, the app that asks users to rank men and women based solely on their physical appearance. There’s Lulu, the controversial service that allows women to rate former paramours with hashtags like “#SixPack,” “#TallDarkAndHandsome,” and “#ShouldComeWithAWarning.” And then there was HotScore, which was touted as “an app that makes it easy to find hot people around us—and do that in a fun and simple way by [turning] it into a game.”

Created by developer Val Lefebvre (the brains behind Blacklist, a Yelp-like forum that provided a platform for consumers to vent about bad experiences with companies and brands), Hotscore was essentially a meaner, gameified version of Tinder, or a “competitive game” that prompted users to select who they found most attractive from photos of two users. 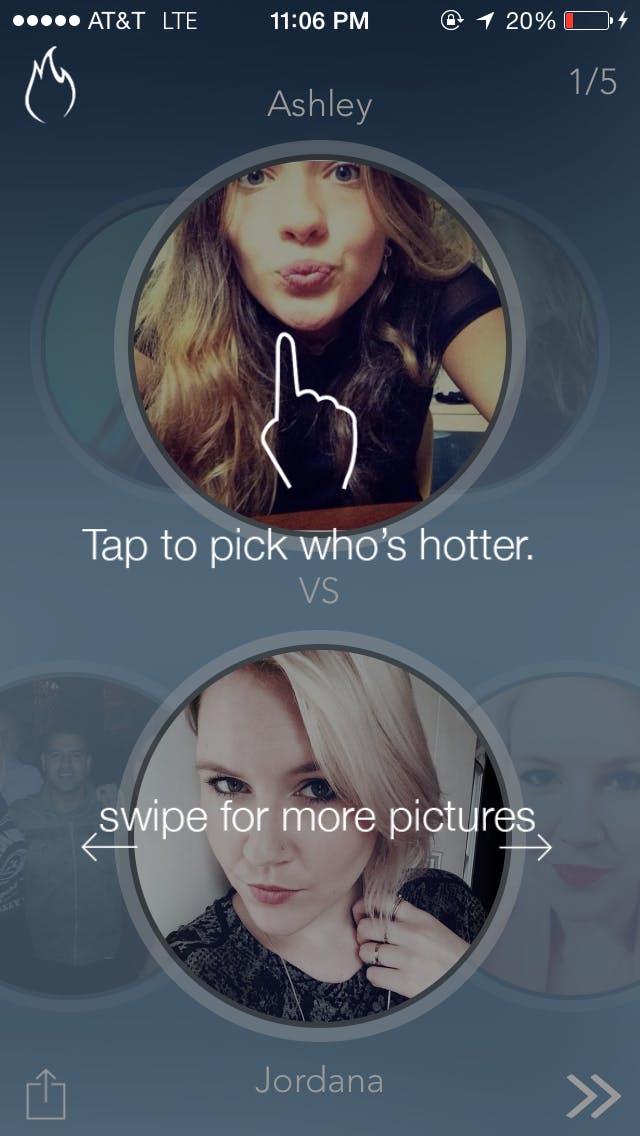 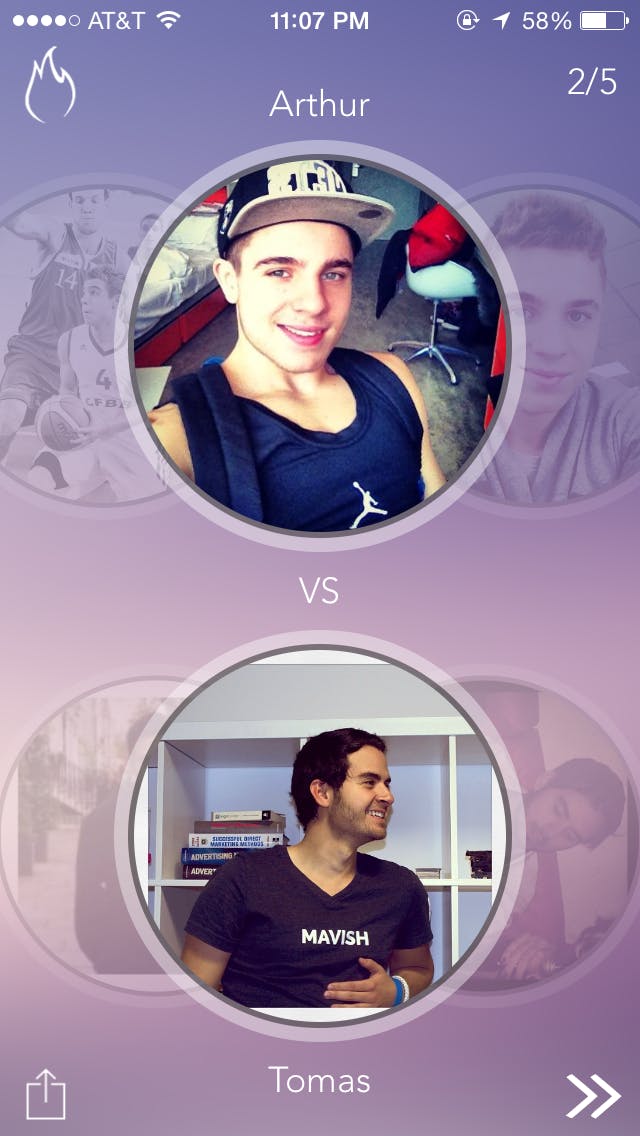 “Val Lefebvre came up with this idea after a summer in San Francisco where he found it hard to discover and meet hot people,” LeFebvre wrote in an email to the Daily Dot (apparently adopting the Cookie Monster-esque quality of referring to himself in third person). “He said it wasn’t very practical to go out every single night trying to find the hottest around, while we are now all glued to our smartphones 24/7.”

That’s when Val realized, he wrote, “that we needed an app where we could find hot people around us—and do that in a fun and easy way—turn it into a game.” What a story, Mark!

In Hotscore, whichever user was considered attractive by the most users had a higher “hotness score.” A high hotness score allowed you to chat with users who had similarly high “hotness scores,” or, as LeFebvre put it, were in the same “attractive tier” as you.  “The hotter you are, the hotter the people you’ll see, and then have the opportunity to chat with,” he wrote. So if you wanted to apply the logic of the caste system to your online dating interactions, Hotscore was your chance.

When I used Hotscore about a month ago, I will admit that I did feel the slightest tingle of a cruel thrill, despite myself, to pit two men against each other and “vote” for whichever one I found most attractive. It was like playing my favorite work procrastination activity, the Daily Puppy Showdown, except with humans instead of adorable canines. But the lazy, half-conscious pleasure of swiping up and down didn’t detract from the fact that contributing to someone’s “hotness score” by judging them solely on their physical appearance felt problematic, to say the least.

Yet LeFebvre insisted he sees no problem with an app that reinforces the idea that looks are the only thing that matters in initiating a romantic relationship. (In fact, he apparently feels so strongly on the subject that he wrote a blog post on it, titled “Looks IS the most important thing” [sic]).

“When you see someone for the first time, you judge them based on their looks in a fraction of seconds,” he wrote in an email. “We can’t fight that… looks is the only element we have in this very first moment [of interacting with someone]. So in fact, as the only element it becomes the MOST important one, and drives the decision of the social validation. Period. There is nothing wrong with that.”

Apparently, however, the Apple Store thought there was something wrong with it, rejecting Hotscore on the grounds that its ranking and scoring features failed to adhere to its terms and guidelines. Now, Hotscore is called Facematch, and while you’re still prompted to select from matches in pairs, you no longer vote on them. Instead of filtering potential matches by arbitrary “hotness” scores, Facematch relies on a social currency model, so the more “likes” your profile gets, “the more social validation you get, so you’re able to start conversations with the matches you want.” Which sounds marginally better, at least on face value, than a dating app that calculates users’ individual “hotness” scores, but I couldn’t say for sure: Due to a Facebook login bug, I was ultimately unable to access Facematch.

Gameified dating apps like Hotscore, though stupid, are interesting in that they raise valuable questions about whether apps like Tinder and Grindr have reduced online dating to a swipe-right, swipe-left numbers game. Although Tinder and Grindr are less overt in their shallowness, meaning they don’t have ranking features or “hotness” scores, they do prompt users to make snap judgments about people based on their physical appearance within just a few seconds. Are we always subconsciously filtering out potential matches based on whether or not they’re in our “attractiveness tier,” thus depriving ourselves of the chance of finding someone we have a real connection with? Or and are apps like LeFebvre’s only capitalizing on a longstanding, basic human need to value physical appearance above all else when looking for a mate? Have Tinder and Grindr permanently altered the online dating landscape, or have looks always been the only thing that matters?

Honestly, it’s almost too bad that Facematch wasn’t able to be Hotscore… at least there was some originality to the idea of finding someone with the same attractiveness level as you. Though, of course, you then have to decide whether that is practical or horrible.

But these are the deep philosophical questions of our times, brought to us by dating apps—so we can think about these things, and our behavior… or just keep swipin’.