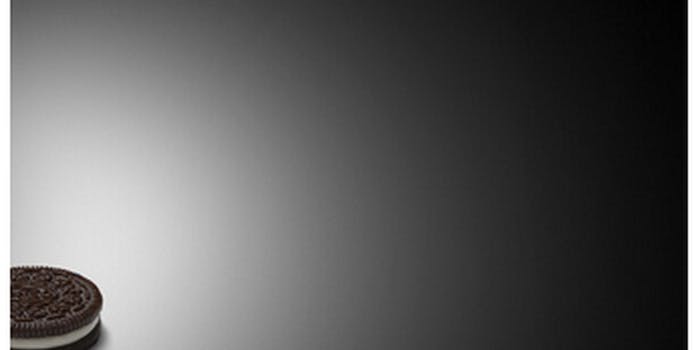 5 companies that won Twitter during the Super Bowl blackout

These 5 brands took advantage of the power outage at the Superdome on Sunday to post some clever ads to Twitter.

Between blackouts and Beyoncé, we almost forgot to talk about the Super Bowl ads on social media; but apparently there were some.

Tide, Oreo, and Calvin Klein were among the companies that all proved to be watching the game. Once the blackout hit, which suspended play for a half hour, the companies took to Twitter to entertain bored fans. The one-off ads created the most quickly were handsomely rewarded with social media buzz—just ask Oreo.

Here are the tweets that generated the most buzz:

1) Oreo. This quick thinking ad on Twitter mocking the electricity outage racked up more than 14,000 retweets. It wouldn’t have been possible without some planning ahead, though: Oreo’s ad agency had the company’s executives in the room to approve ads like this on the fly. 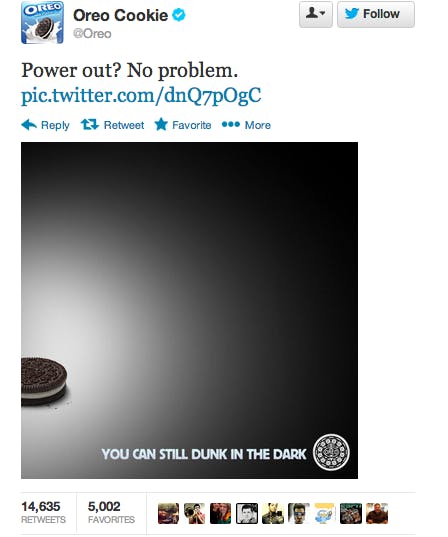 2) Calvin Klein. The upmarket clothier capitalized on its sex appeal by posting a behind-the-scenes video on its Vine account of a Grecian-sculpted model working out. 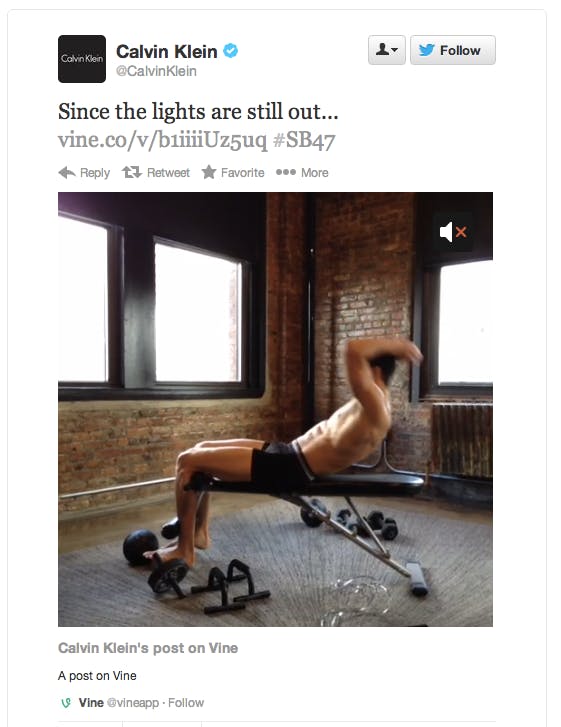 3) Tide. Similar to Oreo—although not quite as clever—the detergent brand released a clumsily worded tweet relating a blackout to stains or something. 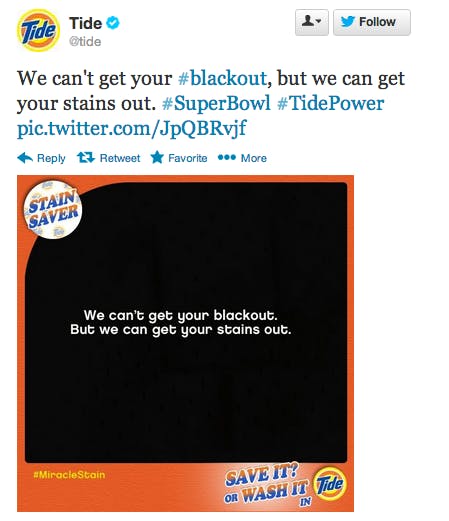 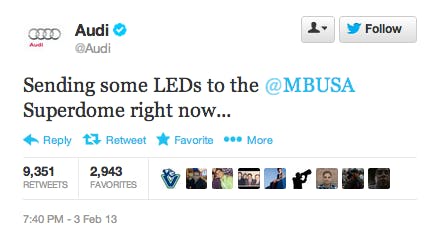 5) PBS. While other networks caved, PBS programmed its Sunday night lineup with an new-to-U.S. episode of Downton Abbey. It used the blackout to remind people it was still broadcasting. 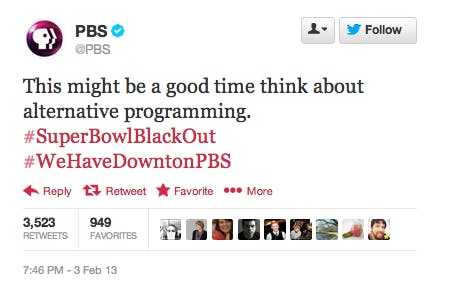