Screengrab via Proceedings of the National Academy of Sciences

Stretchable, wearable batteries turn your skin into a solar panel

Soak up the sun.

A team of international researchers have developed a new type of flexible battery that could make getting a charge as simple as getting some sun.

In a paper titled “Soft, thin skin-mounted power management systems and their use in wireless thermography” published in Proceedings of the National Academy of Sciences, the researchers describe a stretchable battery cluster that can be applied to the skin and gather enough energy to power a portable device. 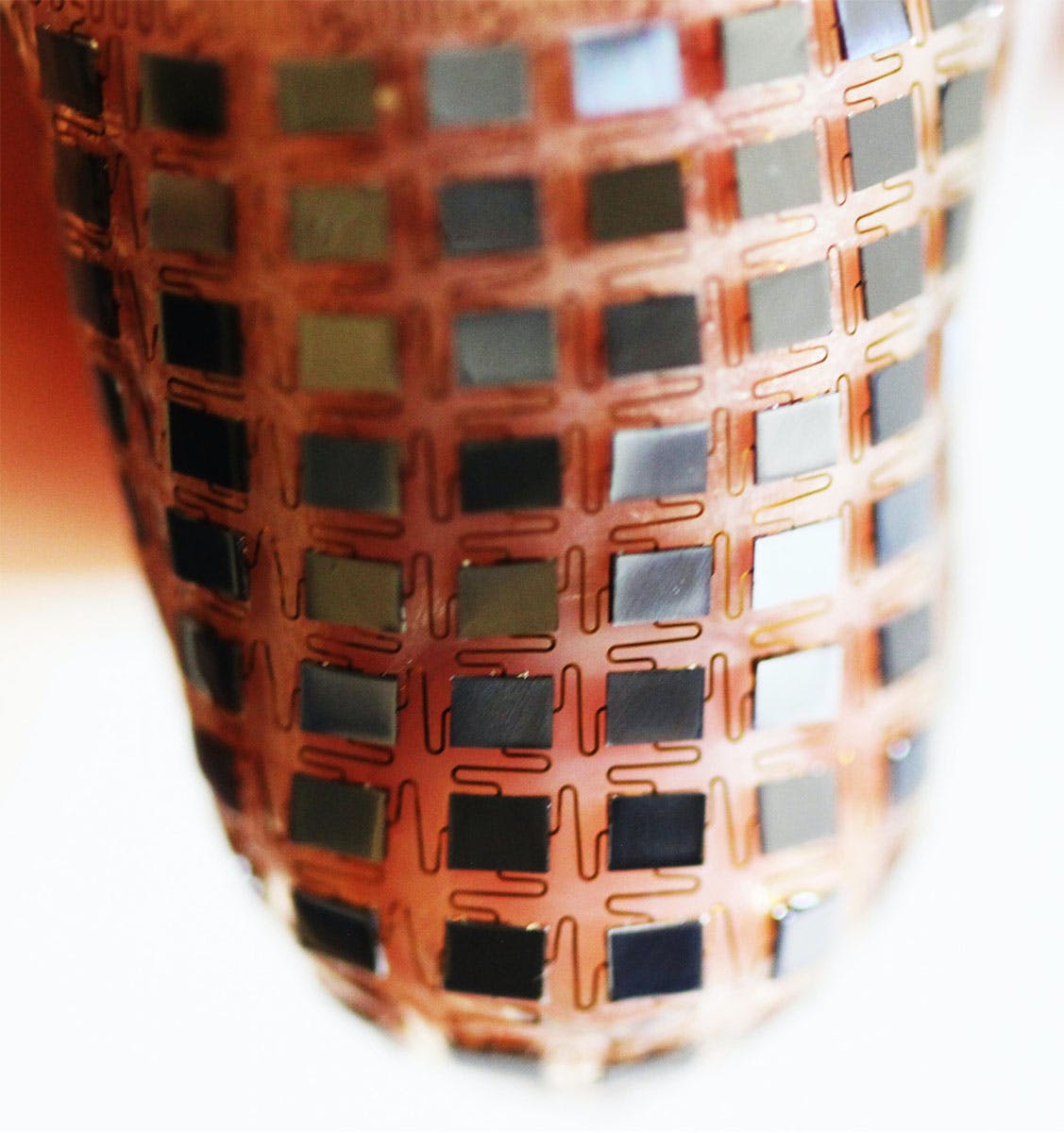 According to the paper, the device utilizes a collection of tiny batteries that work together along with solar cells that maintain the charge. The small battery tiles work in tandem to create the same holding capacity as a single, large battery while adding flexibility.

The components are held in an elastic silicone casing and connected by flexible copper-polymer interconnects. The combination allows for the system to stretch by up to 30 percent without losing any of its ability to generate solar power, and makes the battery waterproof so it can be used while submerged.

A stretchable battery that is always recharging presents plenty of possibilities, but one area that would especially benefit from the advancement is wearable technology.

Currently, devices like smartwatches and fitness bands are either bulky to hold a sizable battery or thin but need to be recharged regularly. A battery like the one described in the paper could provide an endless connection, meaning there would be no gap in data tracking or in access to the device.

The researchers demonstrated some possibilities for their breakthrough creation by using the system in conjunction with sensors to monitor skin temperature in a variety of environments.

In theory, the flexible battery design could be integrated into a variety of different systems; it could store energy from body movement or heat. It could also be integrated into different products, like clothes for example, to make the energy gathering process seamless and noninvasive.

For now, the battery exists as proof of concept, but companies who see a future in wearables are sure to want to get in on the idea. Who knew that in a world where companies race to pack as many bells and whistles into a device as possible, it’d be the battery that would be the game changer?