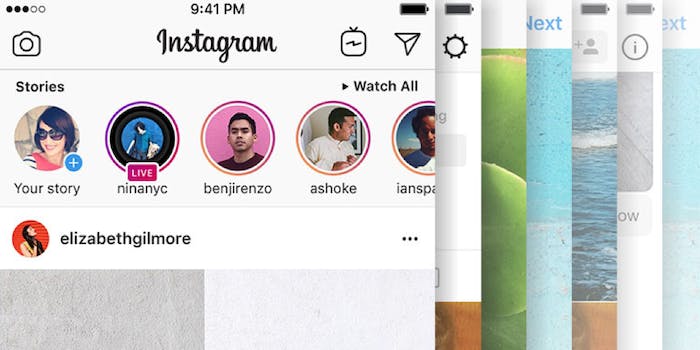 The profiles are being taken over by .ru domains.

A number of people are reporting a strange Instagram hack: after being logged out of their account, a user gets a message that their username doesn’t exist. The photo and handle are changed, as are the phone number and email address associated with the account. The new email address belongs to a .ru domain.

Hundreds of Instagram users have similarly reported being hacked over the past month. In many cases, their profile image has been changed to a Pixar or Disney character. Mashable reports that more than a hundred people have experienced the issue over the past day or so (based on experiences shared on Twitter, seeing as they can’t talk about it on their Instagram accounts).

Instagram told Mashable it had not seen an uptick in hacked accounts across its social network, but looking at data on Twitter, 899 accounts have mentioned Instagram hacks over the past week. It also seems that nearly 800 tweets have been directed to Instagram’s official account including the word “hack” since Aug. 1, while only 40 such tweets were sent in July.

The hack is particularly problematic. Without knowing the correct email address or phone number associated with the account, it’s nearly impossible for a user to regain access. For the few who successfully have been able to regain account control, the process has been “extremely stressful.” While many of those whose accounts have been compromised did not have two-factor authentication enabled, some did, but their account was hijacked regardless.

On Tuesday, Instagram acknowledged the issue in a blog post and said that it’s investigating the problem. “We are aware that some people are having difficulty accessing their Instagram accounts,” the post reads, before offering a set of advice for those affected. First, for those who received an email notification regarding a change in email address, users should click “revert this change” at the bottom of the email. Instagram also advises using a strong password, revoking access to any suspicious third-party apps, and switching on two-factor authentication. It also directs users here for instructions on how to regain account access.