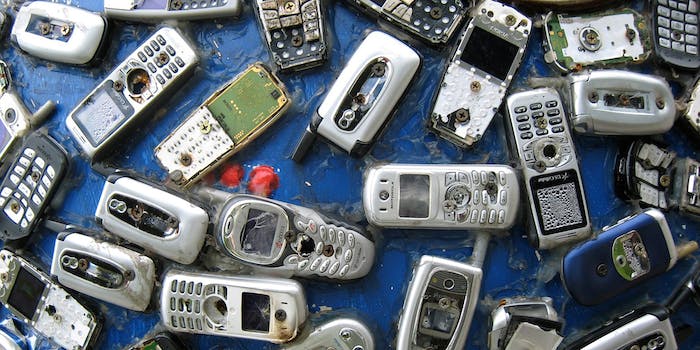 Police failed to disclose their use of tracking devices.

Defense attorneys in Baltimore are preparing to challenge criminal cases in which police failed to disclose their use of a cellphone tracking device.

The lawyer’s decision to challenge nearly 2,000 cases follows an investigation by USA Today reporter Brad Heath, who revealed on Monday that the Baltimore Police Department regularly deploys a powerful surveillance tool to track down perpetrators of routine street crimes.

“In the process, they quietly transformed a form of surveillance billed as a tool to hunt terrorists and kidnappers into a staple of everyday policing,” wrote Heath.

“No stone is going to be left unturned at this point.”

The phone-tracking system used by Baltimore police, commonly known as a stingray, is in use by dozens of U.S. police departments. A USA Today investigation discovered as many as 35 police departments using stingrays; an additional 18 have been identified by the American Civil Liberties Union.

The stingray, which is roughly the size of a suitcase, allows police to track a suspect within a few yards by his or her phone by imitating a cell phone tower. The metadata of innocent bystanders in the area can be scooped up in the process, though the device does not record actual phone conversations.

“This is a crisis, and to me it needs to be addressed very quickly,” Baltimore’s deputy public defender, Natalie Finegar, told USA Today on Friday. “No stone is going to be left unturned at this point.”

The use of the phone-tracking device is routinely concealed from defendants and their attorneys and judges as well. The Federal Bureau of Investigation (FBI) has taken steps—such as forcing police departments to sign non-disclosure agreements—to prevent authorities from exposing their use of stingray technology.

The public defenders office is reviewing more than 1,900 cases identified by Heath’s documents in which a stingray was used. No less than 200 are public defender cases in which the defendants were convicted of a crime, USA Today reports.

“It’s probably going to be a long process,” ACLU attorney Nathan Wessler told USA Today. “But now at least you have defense lawyers who know what happened to their clients and can invoke the power of the courts to make sure that the Constitution was complied with.”