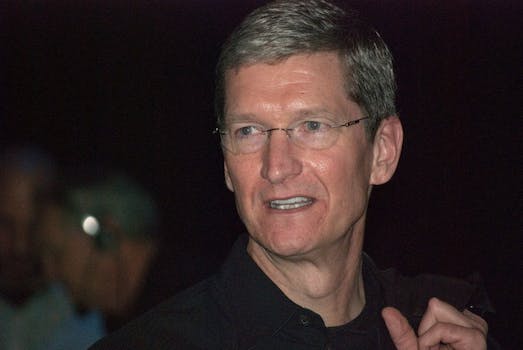 Tim Cook tried to give Steve Jobs part of his liver

Jobs found himself in dire need of a liver transplant early into 2009. The iconic face of Apple found himself nearly immobile, glued to the bed by an excruciatingly painful condition known as ascites—a side effect of cancer that resulted in his stomach swelling up.

Unfortunately, Jobs had a rare blood type that made the prospects of getting a transplant slim.

According to excerpts of the book provided by Fast Company, Tim Cook, then in a role as COO and performing Jobs’ day-to-day duties while he managed his health, was so upset by the sight of the bedridden Jobs that he immediately had his blood tested to see if he might be a match.

He found out that he, like Steve, had a rare blood type, and guessed that it might be the same. He started doing research, and learned that it is possible to transfer a portion of a living person’s liver to someone in need of a transplant. About 6,000 living-donor transplants are performed every year in the United States, and the rate of success for both donor and recipient is high. The liver is a regenerative organ. The portion transplanted into the recipient will grow to a functional size, and the portion of the liver that the donor gives up will also grow back.

Cook went through a series of tests to learn if it would be possible to provide Jobs with part of his liver. According to Fast Company, Jobs didn’t even give Cook the chance to suggest it. Cook says he “cut me off at the legs, almost before the words were out of my mouth” and told him “I’ll never let you do that. I’ll never do that.”

“Somebody that’s selfish,” Cook continues, “doesn’t reply like that. I mean, here’s a guy, he’s dying, he’s very close to death because of his liver issue, and here’s someone healthy offering a way out. I said, ‘Steve, I’m perfectly healthy, I’ve been checked out. Here’s the medical report. I can do this and I’m not putting myself at risk, I’ll be fine.’ And he doesn’t think about it. It was not, ‘Are you sure you want to do this?’ It was not, ‘I’ll think about it.’ It was not, ‘Oh, the condition I’m in . . .’ It was, ‘No, I’m not doing that!’ He kind of popped up in bed and said that. And this was during a time when things were just terrible. Steve only yelled at me four or five times during the 13 years I knew him, and this was one of them.”

Becoming Steve Jobs will be available March 24, 2015 and is currently available for pre-order.