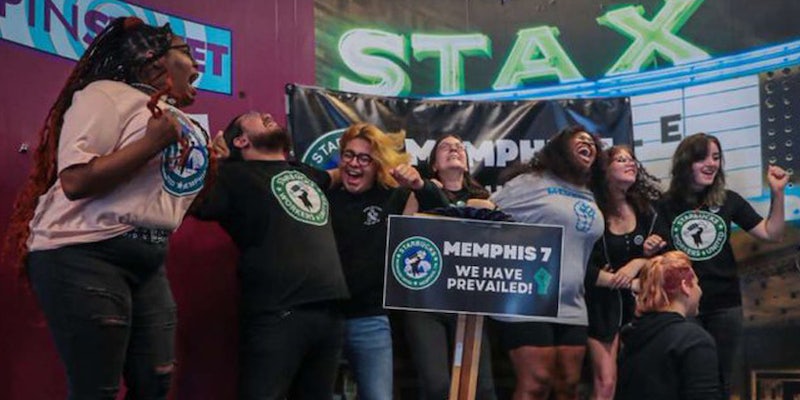 Starbucks has 5 days to reinstate fired union organizers in Memphis

Starbucks has been ordered to reinstate seven union organizers who were unjustly fired for their organizing efforts, according to a court filing.

In a ruling filed in the U.S. District Court for the Western District of Tennessee, Starbucks was ordered to bring back the seven fired employees within five days and “rescind and expunge the unlawful discipline” issued to one employee, Cara Nicole Taylor. The employees were fired in February.

Taylor said she was issued two “corrective action forms” within days of a conversation about unions with a colleague that was overheard by management. She was also encouraged by her district manager to transfer to another store because she was “too comfortable” at the Memphis store.

Starbucks Workers United, the union behind the hundreds of unionized Starbucks locations, said the ruling was a key win in their fight.

“The Memphis workers are incredibly excited to go back to work at the Poplar & Highland store,” a union spokesperson said in a statement. “Starbucks, and particularly CEO Howard Schultz, tried to scare & intimidate the entire country by firing these union leaders. The significance of this decision cannot be overstated.”

The ruling also prohibits Starbucks from “discharging, disciplining or otherwise discriminating against employees because of their activities on behalf of and support for the Union or any other labor organization,” something Starbucks has been repeatedly accused of doing.

The National Labor Review Board, the federal labor law agency, has levied an unprecedented amount of claims against Starbucks in recent months over the coffee giant’s union-busting efforts. In recent weeks, Starbucks has asked the NLRB to halt union elections and has accused the NLRB of a pro-union bias.

Starbucks did not immediately respond to a request for comment from the Daily Dot.