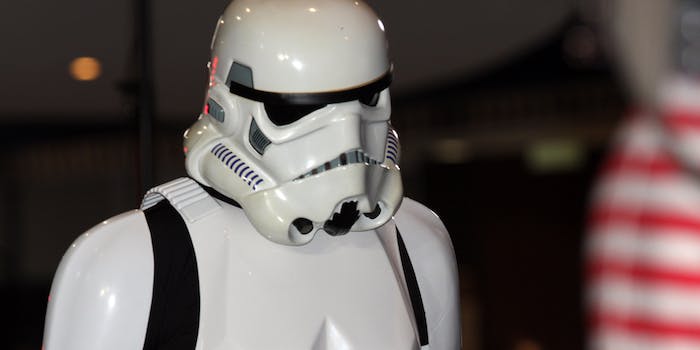 If you're in Portland, you can take these routes.

A Portland runner has gone to the Dark Side via his Nike+ running app.

Gene Lu is creating characters from Star Wars through the GPS tracking feature in the app. So far, he’s drawn Darth Vader, a Storm Trooper, TIE fighter, and an AT-AT. Lu posted the photos to Instagram along with links to the routes so other runners can recreate them.

For the Empire! To run for the Dark Side, use the Force. And a phone. I’ve compiled the turn-by-turn directions, which you can find in my bio or at bit.ly/ATAT_PDX. Load up the directions before your next run and prepare for lightspeed. The run starts on SE 6th Ave and SE Stark St in Portland, OR. May the Force be with you! #theforceawakens #atatwalker #mediumblaster #heavylasercannon #rundraw #runwars #starwars #theforceawakens #traveloregon #bestoforegon #exploregon #hypebeast #force1612 #nikeplus #theartawakens #starwarsrun #portlandnw

GPS tracking running apps like Nike+ are amazing for runners who want to get creative with their routes. Previously, people have used the apps to document very creative, and often NSFW, images.