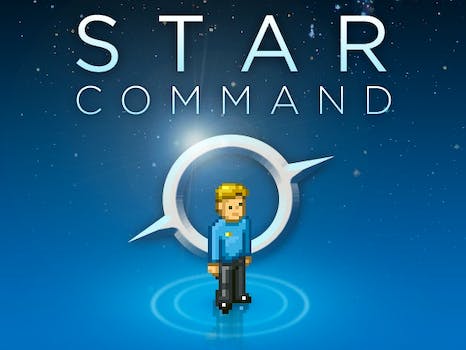 Star Command apologizes for burning through $32,000 in Kickstarter funds

Video game creators Justin and Jordan Coombs outlined the pitfalls that can accompany receiving an influx of cash on Kickstarter.

The makers of Kickstarter-funded iOS and Android game Star Command have been upfront about how the group has gone about funding its intergalactic role-playing odyssey. As Boulder, Colo., natives Justin and Jordan Coombs recently wrote on the game’s website, “everyone would have spent our kickstarter money wiser than we did.”

On Monday, the company posted an update to its Kickstarter page, informing the project’s 1,167 backers exactly what happened to the $36,967 the Coombs were able to raise in October 2011.

“To begin with, we we didn’t get all of that,” the company wrote. “We lost about $2,000 to no-shows, just people that pledged and the funds did not transfer.”

That’s not all the money that Star Command lost. The company announced on Monday that they’re currently developing Star Command on a Kickstarter-provided budget of $4,000, and that they’ve “still taken a lot of debt” on themselves—over $50,000—money that will go towards expediting develop to ensure a summer 2012 release.

“What would we do different?” the company asked.

“Keep the attorneys out of it. We got a little nervous after we received all the Kickstarter money and wanted to make sure our business was set up correctly. We registered our LLC’s, got operating agreements etc., but in hindsight a nice piece of napkin paper probably would have done just as well.”

Star Command also admitted to not fully appreciating the cost of printing 200 posters, shirts, and shipping them to destinations as far from Colorado as Japan and Australia.

“None of those things are productive,” the company wrote. ” We don’t resent having sent that stuff off – we think the posters and shirts are awesome and it seems like everyone loved them. But they were a lot of work.”

The company was candid in its community follow-up post, commenting at one point, “Also, cocaine and hookers.” The 27-post discussion, however, found backers showing more support for the game and its creators than Star Command likely anticipated. Some of the backers offered to purchase additional shirts, while others have offered to eschew their rewards so that the money can go towards development.

“I’m pretty happy with what I’ve seen from you guys so far,” backer Sean Long wrote. “Getting to see a working version at PAX East was pretty fun. I’m also really glad that you decided to share this information with us. It’s fascinating to see how all of this goes, and see where all of the pledge money goes.”

Kickstarter’s site offers an eight-page tutorial on how to best ensure a successful funding campaign and development cycle with information on creating rewards, setting goals, and fulfilling rewards, but that information Star Command either deemed insufficient or did not see. (Kickstarter did not return a request for comment.)

“The goal of this post was to help out future kickstarters,” the company wrote. “(it’s info we would have loved to have seen) and just show how quickly you can responsibly burn through cash.”