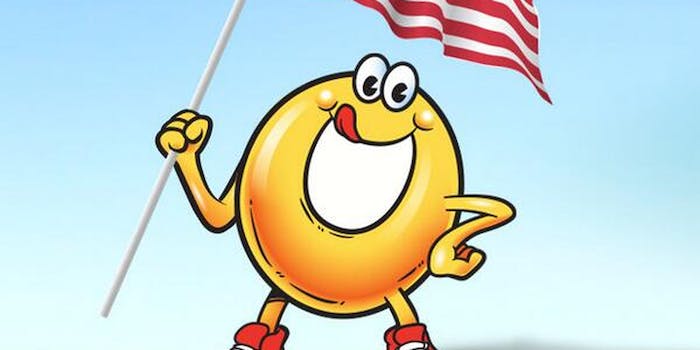 It’s a day that will live in infamy, and also tomato sauce.

We’ve been noticing an uptake in whimsical corporate branding on the Internet lately. Some of it’s savvy, some of it’s awkward, and some of it’s wishful thinking.

Now, perhaps inevitably, we’ve reached a new milestone in corporations trying to figure out the Internet: the grossly inappropriate tweet turned into an ironically hilarious meme.

Saturday is the 72nd anniversary of the Japanese invasion of Pearl Harbor. It’s a day that will live in infamy, and also tomato sauce: The SpaghettiOs Twitter account found a fun way to get people remembering World War II to remember canned pasta as well.

Take a moment to remember #PearlHarbor with us. pic.twitter.com/B8E1cFKgEo

Despite immediate, massive backlash, Friday night’s tweet was not deleted until Saturday afternoon. So far no one has come forth to inform us that the parties responsible have just been sacked.

We live in a world where a corporation once iconically used as a symbol of nihilistic consumerism by a pop artist thinks slapping a flag into the hand of a garish cartoon pasta noodle to mark one of the most disastrous days in U.S. history is “branding.”

As you can imagine, the Internet first held its breath for a collective moment of DOT DOT DOT.

Then, the mockery began.

Hey, remember War? It is sad. But there are also heroes, I guess. Buy our canned noodles.

And shortly afterward: the meme.

This isn’t the first time the @SpaghettiOs guy has shown up at inopportune times #UhOhSpaghettios pic.twitter.com/g93ZSgpz94

Thoughts and prayers go out to the @SpaghettiOs social media team, spending the weekend in the Punishment Tub: pic.twitter.com/mwz2NsYwm1

The meme didn’t seem to spread so much as spontaneously pop up all around the Internet, though it may have gotten a boost when Patton Oswalt tweeted, “Uh-oh, @SpaghettiOs the humanity!” with the famed picture of the Hindenberg disaster—a natural invitation for Twitter user Adam Steinbaugh to pop in the little SpaghettiO’s dude.

As participant Adam Koford put it:

It’s fun when corporate insensitivity comes to light on a Friday night, after the social media bots have gone home for the weekend.

For now, as the rest of America remembers a day that will live in infamy, the Internet remembers the fall of the company that gave us what may be the original meme:

We apologize for our recent tweet in remembrance of Pearl Harbor Day. We meant to pay respect, not to offend.