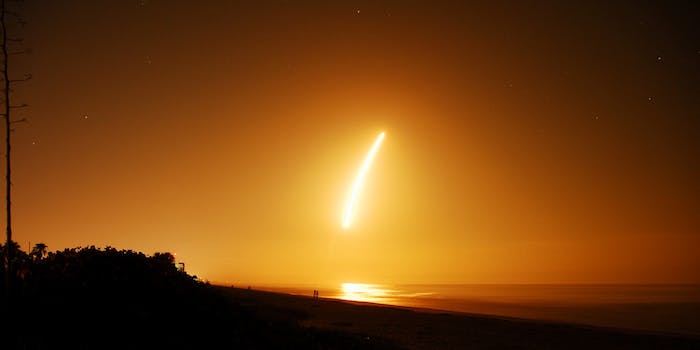 SpaceX CEO Elon Musk announced today his company is suing the U.S. Air Force in federal court in an effort to open up competition on the bidding process for national security-related rocket launches. The suit follows the Air Force’s bulk purchase of United Launch Alliance flights.

At an event today meant to discuss the successful soft landing of the SpaceX Falcon flight, Musk explained that the company is using the lawsuit as a last resort after the Air Force entered into a “sole-source procurement agreement” that locks out private companies.

Musk believes his rockets are objectively better, more modern, and more cost effective by a third of the price than those Russian models the Air Force chose.

“This really doesn’t seem right to us,” Musk said. “This contract is costing U.S. taxpayers billions of dollars for no reason, and to add salt to the wound, the primary engine that’s used is a Russian engine.”

Musk contended that it was the “wrong time to send hundreds of millions of dollars to the Kremlin” after what they’ve done in Ukraine.

“We’re just protesting and saying these launches should be competed,” Musk explained. “And if we compete and lose, that’s fine, but why were they not even competed?”