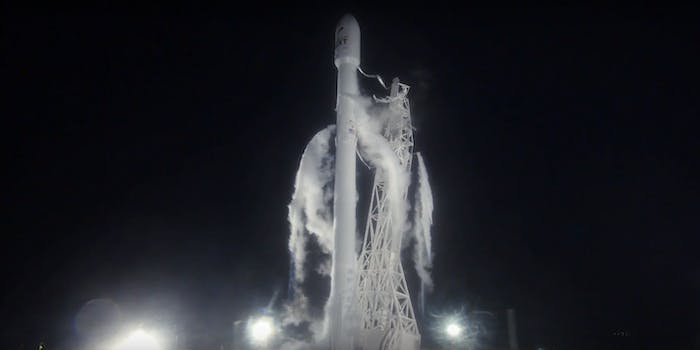 Another launch is scheduled this week.

The rocket was launched from Vandenberg, California and deployed 10 commercial Iridium satellites into low-Earth orbit. Iridium wants SpaceX to launch 75 of its rockets into orbit to create a group of 66 total telecom satellites with nine in-orbit spares.

This was the third batch to go out, with the rest to deploy in groups of 10 over the next year. The Falcon 9 successfully landed on SpaceX’s “Just Read the Instructions” drone ship in the Pacific shortly after takeoff. Every attempt to land a Falcon 9 this year has been a success.

This is the first of two launches the aerospace company has planned this week with another scheduled for Wednesday in Cape Canaveral, Florida. Again, it will attempt to launch a satellite into orbit, but this one will be used by communications companies EchoStar and SES. SpaceX’s next attempt will be just the third to use a recycled Falcon 9 rocket.

Elon Musk says he wants to launch 20 rockets by the end of this year.