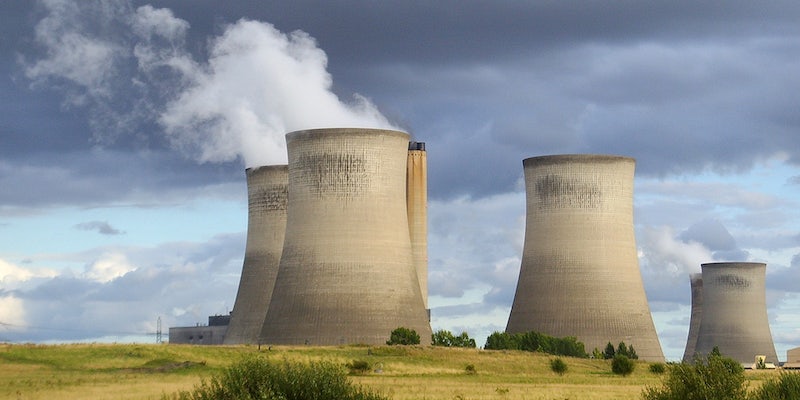 The country's power grid is safe—for the moment.

The computer system that manages South Korea’s 23 nuclear power plants has been breached, prompting a nationwide safety drill, according to the state news service.

South Korea’s Yonhap News Agency reported Monday that hackers had broken into the Korea Hydro and Nuclear Power Company, where they accessed blueprints of multiple nuclear facilities. No critical information was believed to have been taken.

“If I don’t see the reactors being closed on Christmas,” the unidentified hacker wrote, “I have no choice but to go public with all of the data and go ahead with a second round of destruction.”

The hacker claimed to be part of a Hawaii-based anti-nuclear-energy group. Yonhap did not suggest that North Korea, which is currently at the center of another hacking scandal, had anything to do with the South Korean cyberattack. Regardless, North Korea is on multiple cybercrime watchlists, and the repressive northern regime would stand to benefit greatly from acquiring its southern neighbor’s energy plans.

U.S. lawmakers and security experts widely regard the idea of a hacker derailing national power-control systems as a doomsday situation. Meanwhile, the U.S. itself is thought to be responsible for engineering Stuxnet, a virus that significantly hampered Iranian nuclear capabilities in 2010.