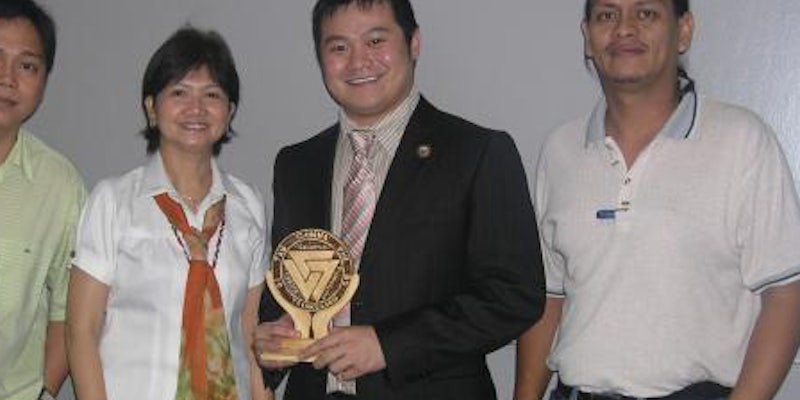 The SOPA-like bill's author, Irwin Tieng, has an uncle who owns a Filipino media conglomerate.

Thought the Stop Online Piracy Act (SOPA) was bad? A similar bill introduced into the Philippines’ House of Representatives would penalize people who illegally download with a minimum two-year jail sentence and fines of 50,000 to 150,000 Phillippine pesos. ($1,200-$3,600).

“Piracy is theft of intellectual property and is no more justifiable than shoplifting,” said Representative Irwin Tieng, who introduced the bill, H.B. 6187. “The damage done to the entertainment industry and legitimate end users do not outweigh the few advantages that piracy does have,” he added.

Fiercely advocating for greater copyright enforcement, though, may be a conflict of interest. Tieng’s uncle is Wilson Tieng, the CEO of Filipino entertainment conglomerate Solar.

Irwin Tieng has successfully introduced two related bills that became law. One, the Anti-Photo and Video Voyeurism Act of 2009, is designed to help government agencies better crack down on child pornography, though critics say that comes at the expense of the government having too much ability to dictate the role of citizens’ Internet service providers.

The other, the Anti-Camcording Law of 2010, severely penalizes anyone convicted of creating, selling, or possessing unauthorized hard copies of movies by sending them to jail for up to six years. According to official press release, that law was created with support from Filipino film coalitions like the National Cinema Association of the Philippines (NCAP) as well as the Motion Picture Association of American (MPAA).

The U.S.-based MPAA is notorious to Internet rights activists for lobbying for stronger copyright enforcement around the world, and for openly pushing American lawmakers to pass SOPA.

“With the tremendous expansion of the Internet, it has regrettably become a cash-cow for the criminals and organized crime cartels that profit from digital piracy,” he said.

Photo of Tieng (center) via Myspace

Get the day’s Reddit news and more in the Daily Dot’s subreddit, r/dailydot.