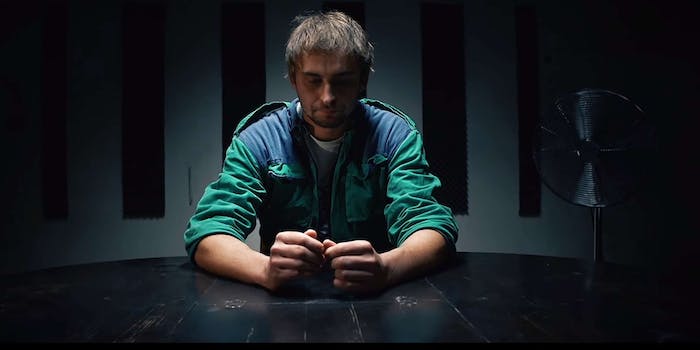 The wheels of justice turn on #engagement.

A Czech citizen identified only as “Jakub F.” became the first person in his country to be convicted for online piracy in September. He received a three-year suspended sentence. But he also struck an unusual out-of-court settlement with a coalition composed of the companies whose software he stole. In exchange for not being sued, Jakub F. had to make a video slamming online piracy entitled “The Story of My Piracy.”

But the terms of the settlement also required Jakub F.’s video to go viral. Otherwise, he would be forced to pay a massive fine.

The approximately two-minute video, uploaded to YouTube on Sunday, needed at least 200,000 views. It attracted more than 400,000 views in a matter of days.

“I had to [post the video] because for eight years I spread pirated software and then they caught me,” Jakub F. said in a translation provided by TorrentFreak. “I thought that I wasn’t doing anything wrong. I thought that it didn’t hurt the big companies. I didn’t even do it for the money; I did it for fun.”

“I felt in the warez community that I meant something,” he continued. “I was convinced that I was too small a fish for someone to get to me. But eventually, they got me. Even for me, the investigators came to work.”

The Prague Daily Monitor reports that Jakub F. was an active participant on online forums where users traded copyrighted software, such as versions of the Microsoft Windows operating system.

The coalition of firms that sued the Czech man—led by the industry industry group BSA–The Software Alliance and including companies like Microsoft, Sony, and Fox—looked for a non-monetary way for Jakub F. to pay restitution because they understood that he was unable to pay the otherwise hefty fine.

The firms estimated that his pirating of programs like Microsoft Office cost Microsoft alone approximately 5.7 million Czech crowns, the equivalent of just over $220,000.

A BSA spokesperson told The Telegraph that requiring a certain threshold of views was the group’s way of ensuring that Jakub F. shared the clip as widely as possible.

“Only came here to support a pirate,” reads the top comment on the video. “Have a free view on me.”