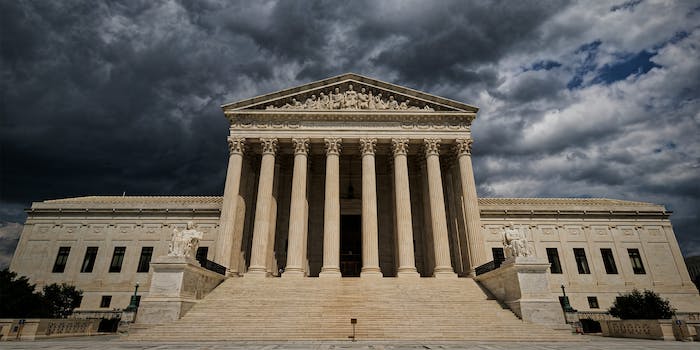 Just wait for confirmation hearings in the age of Facebook

Brett Kavanaugh is just the beginning.

If you thought the calendar defense was bizarre, brace yourself for the next couple of decades.

After an emotionally tense day—for both witnesses, albeit in different ways—many senators and onlookers may feel we’ve collectively come away from the Brett Kavanaugh/Christine Blasey Ford testimony having made little headway in the quest for the truth. Both Kavanaugh and Ford testified to the judiciary committee that they were 100 percent confident in their recollections of the day, each of which necessarily disputes the other’s. But Kavanaugh may have spoken the most profound truth in his opening statement when he characterized the last few weeks as a “calculated and orchestrated political hit” by Democrats to thwart his confirmation. He said:

He’s right, in many ways: The consequences matter. The consequences of his confirmation to the court, or his failure to be confirmed, will matter to a great number of cases yet to be decided by that judiciary body. The consequences of these senators’ behavior and comportment will be remembered by voters in November and for many election cycles to come. These consequences of this particular precedent, whichever way it goes, will be of great significance for decades, just as Ford has grappled with the consequences—or sequelae—of a single night in 1982 for the past 36 years.

The consequences of what he portrays as a “coordinated character assassination,” though, are just the beginning of technology’s expanding influence in modern American politics.

When Kavanaugh came forward with a defense from his summer 1982 calendar, many were shocked and suspicious. It is peculiar (but not unheard of) for a high school boy to keep a meticulous, handwritten calendar of his activities at all, let alone to retain that document for the foreseeable future.

But in reality, many present-day 17-year-olds are actively participating in that practice, willingly or otherwise. In the age of Facebook, Instagram (and Finstagram), Twitter, Tumblr, Kik, WhatsApp, Tik Tok, YouNow, and dozens of other social media sites and apps, there actually can be a detailed record of a teenager’s school day, afterschool activities, weekend parties, and breakups and makeups. Many millennials, Gen Xers, and others happily catalog their thoughts and feelings in microblogged diary entries, share photos of their friends and frenemies, and check in to places to mark their precise position for friends. It’s conceivable that you could reconstruct a summer from someone’s social posts from 2007, likely without breaking a sweat.

And as we’ve seen, social posts are increasingly under scrutiny for people in positions of power, celebrities and politicians alike. Daily Show host Trevor Noah was raked over the coals for racist tweets in his archives. Disney fired James Gunn after offensive tweets about rape and pedophilia were brought to light earlier this year. Even President Donald Trump regularly faces criticism for contradicting himself in an old tweet. (If nothing else, our Twitter-happy president has ensured that the significance of tweets will not wane anytime soon.) It is the first place many people look when the name of a mass shooter is released by the media: What did he tweet? Were there warning signs? Should his friends have known this was coming?

Should we expect that a nominee to the Supreme Court in 2024 will need to answer for their 17-year-old self’s tweets and Facebook Likes? (At 51, Neil Gorsuch is the youngest justice currently serving on the Supreme Court, but someone as young as 32 has been confirmed. Joseph Story, who served almost 34 years beginning in 1812, ultimately died having spent more time on the court than off it.) Should a text or a decade-old post on Facebook carry as much weight as that nominee’s statements and actions?

Whether it should is practically irrelevant. We almost certainly will. In criminal trials, we already do.

According to American Girls: Social Media and the Secret Life of Teenagers, published in 2016, “ninety-two percent of American children have an online presence before the age of 2.” Facebook boasts 2.25 billion active users on its platform, and it long ago removed the barriers to entry for teens not yet in college. We’re a generation that’s always online, and we have the receipts to prove it.

But what happens when all those status updates, weird Reddit submissions, and moody Myspace photos become part of the public discourse?

It’s natural to want to have some answers about the content of someone’s character before handing them the reins to a government seat. Especially in the wake of the Me Too movement, there’s increased attention being paid to past indiscretions that, a generation or two ago, might never have seen the light of day. And that was before we started documenting our every move on public platforms, from #wokeuplikethis to lights out.

Sometimes, that immediately available level of detail could prove quite valuable. Many senators mentioned during yesterday’s testimony the power of “exculpatory evidence.” Could enough updates and check-ins from social media effectively have proven Kavanaugh wasn’t the man behind Ford’s assault? Or, to tip the scales toward Ford’s recollection, what if there were an Instagram video showing Kavanaugh and Mark Judge laughing about holding her down on that bed? There’s not, of course, and there never will be. But in a future version of this conversation and inquiry, the statements from Kavanaugh’s friends might read quite differently. “We don’t remember that happening” gets harder to stand by in the face of mounting evidence from countless classmates online.

There are plenty of problems with bringing this information into court proceedings and job interviews. Beyond the obvious questions about consent and invasions of privacy, there’s also concern about accuracy. There can be plenty of room for misinterpretation: Text lacks the nuance of spoken word, making it difficult to distinguish the connotation of simple updates. Is that tweet a suicide threat, a thoughtless life update, a sarcastic aside, an inside joke, or a pop culture reference? No one knows.

Online personas aren’t perfect, nor are they always accurate representations of the person in question. Some users intentionally misrepresent themselves on social media in order to convey a curated self who is more successful, attractive, intelligent, and so on. Countless articles have been written about the significance of this performative behavior.

So sometimes, social media will inevitably lead us to the wrong conclusions. Not that it stops people from trying to connect dots where they can. As the analysis moves to social platforms and more available social data enters the court of public opinion, it’s democratized in sometimes dangerous ways: Redditors infamously misidentified two suspects in the Boston Marathon bombings of 2013, leading one man to be bullied at school. An Anonymous Twitter account claimed to have the correct suspect in the Ferguson shooting in 2014, too, but it was also wrong.

But the human inclination toward curiosity and our desire for answers will not rest. The entry of social media accounts into governmental proceedings is inevitable. And ultimately, it’s just an extension of our innate curiosity.

Some people livestreaming the Kavanaugh/Ford testimony might have thought some senators pushed too far in their personal queries. When Sen. Amy Klobuchar (D-Minn.) pried with “Did you ever black out from drinking too much alcohol?” Kavanaugh himself snapped back “Did you?” But that intense line of personal questioning is not unique to this hearing.

Consider the following example questions, prepared for prosecutor Kenneth Starr by his deputy during the impeachment proceedings of then-President Clinton:

“If Monica Lewinsky says that you ejaculated into her mouth on two occasions in the Oval Office area, would she be lying?

“If Monica Lewinsky says that you masturbated into a trashcan in your secretary’s office, would she [be] lying?”

These are deeply personal questions, disgusting ones, and detailed ones, and they are questions that the president would have been expected to answer under oath.

They were also written by Brett Kavanaugh.

With more detail available, we’re only going to go deeper down the rabbit hole.

In 1991, when Anita Hill testified about sexual harassment before the confirmation of Justice Clarence Thomas, the hearings were decidedly not livestreamed on YouTube. The senators hosting the inquiry did not immediately have their personal information doxed online—not least because the World Wide Web was still a very nascent thing, and the word “doxed” had yet to be coined.

Within our lifetimes, technology has completely unturned modern politics. Politicians are still struggling to keep up with the ramifications of streaming services on copyright law and the city codes restricting Airbnb, let alone contending with net neutrality, with gig economy workers’ rights, and with this newfound deluge of information known as social media.

Maybe we’ll be spared. Maybe the privacy pendulum will swing the other way and all this concern will have been for naught. Indeed, some teens have begun to distance themselves from the neverending news feed, electing to keep their accounts private or limited, if not unplugging outright. The kids of Generation Z are disconnecting for a variety of reasons, including the concern that more time on social media leads to increased anxiety, stress, and depression; more than half of them take a break from their phones from time to time.

So perhaps by the time we’re picking another nominee for the Supreme Court, the laws will have sufficiently caught up, or the personal privacy settings will have been sufficiently clamped down, and the nominee will be spared the painstaking entry of each of their social updates into evidence.

But there’s not much time to get it right: Two of the sitting justices are in their eighties, and it’s likely another seat will open up before lawmakers have figured out how to balance the pursuit of the truth with the modern tendency toward oversharing on public platforms.

In the meantime, the “politics of personal destruction” are about to get a lot more personal. And that’s the truth.