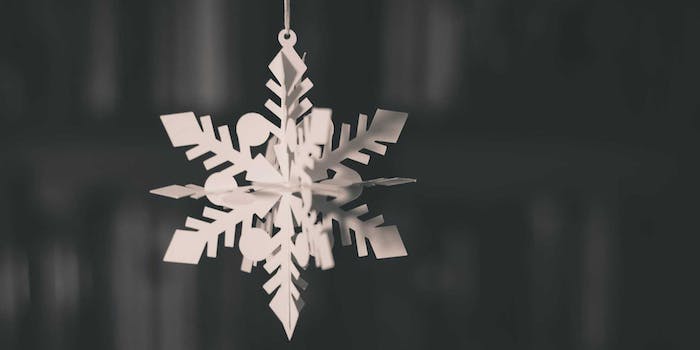 We are all special, unique snowflakes. And so are our vaginas.

What your teachers told you in preschool is true: We are all special and unique in our own ways, just like beautiful snowflakes. What they failed to tell us at the time was that this dictum applies especially to our penises, buttholes, and vaginas, which come in as many shapes and sizes and textures as there are men who claim to brew their own artisanal beer on Tinder.

Inspired by the incredible range and diversity of human genitalia, two Toronto-based entrepreneurs are launching Snowflake, a customizable sex toy website that’s currently fundraising on Kickstarter. Using Snowflake’s unique design tool, you can create and manufacture your very own sex toy built specifically to your needs.

“There are thousands of adult toys on the market, and some of them are quite good, but they aren’t perfect,” Kate, one half of the couple behind Snowflake, told the Daily Dot via e-mail. “All of these toys come off a factory line, and each is made to appeal to the largest group of people possible. None of them are designed just for you: One toy is the perfect girth but the base is all wrong, another would be perfect if it was just a quarter inch thicker.”

The increasing popularity of home 3D printing inspired Kate and her husband to launch Snowflake. “We live in a technology paradise of computers, and 3D printers, and manufacturing on demand,” she says. “Why can’t I get exactly the shape [of sex toy] I want, and the length and girth I want, and even get it in the right color?” It’s like the time you made that stuffed animal at a Build-A-Bear workshop in third grade, except rather than bring home an adorable, googly-eyed stuffed bear to introduce your mom, you’re bringing home a 10-inch rubber dildo to introduce to your vagina. 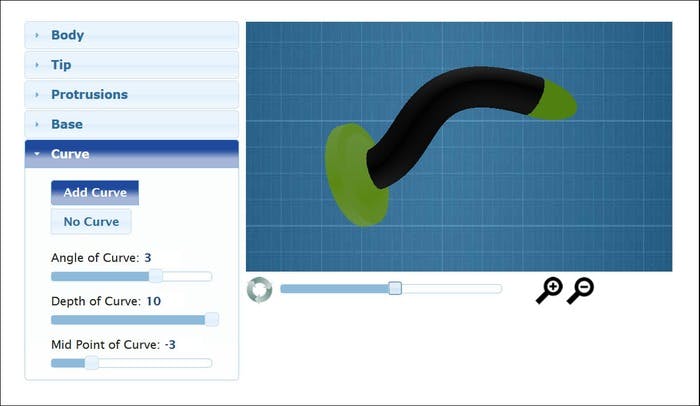 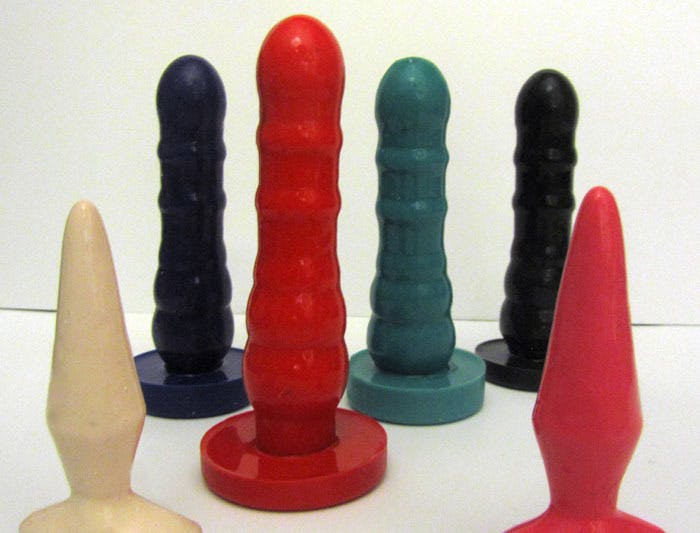 While other sex toy companies aim for a certain degree of naturalism in their products, that’s obviously not Snowflake’s goal: The Kickstarter page displays a wide range of products, from the sleek and feminine (the neon pink ergonomic butt plug, for instance, looks like something you’d find next to a set of coasters at IKEA), to the gnarled and monstrous. (We highly doubt there’s a market for 14-inch corkscrew-shaped Frankenstein-hued penises… but then again, maybe there is.)

But Snowflake’s goal—to celebrate sex toys designed for every type of genitalia, be it small or large or shallow or deep or pink or green or corkscrew-shaped, is definitely to be applauded. It’s also pretty prescient: Now that home 3D-printing is becoming increasingly widespread, we’ll probably be seeing a lot more stay-at-home moms sneaking away from soccer practice to order one of these babies. Don’t be ashamed, sexy lady. You totally deserve it, snowflake.