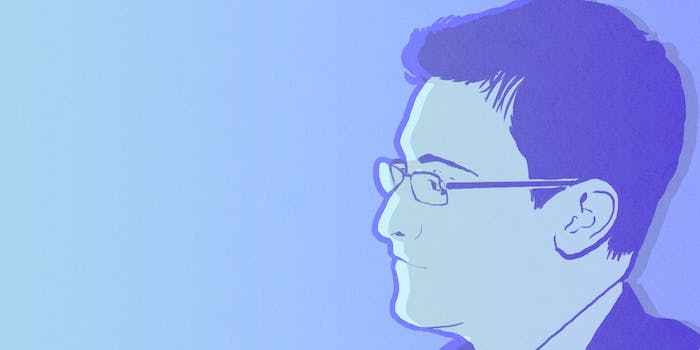 'I'm doing this now because I truly believe that human beings need the right of privacy.'

Legal experts have drafted a treaty named after NSA whistleblower Edward Snowden that would obligate nations to enact laws against mass surveillance and uphold the right to privacy.

The International Treaty on the Right to Privacy, Protection Against Improper Surveillance and Protection of Whistleblowers—the “Snowden Treaty” for short—was developed by experts in international law, Internet freedom, and surveillance. The goal, the pact’s authors write, is to increase oversight of state surveillance and mandate legislative reforms to protect human rights with regards to privacy and data protection. The signatories will be required “to establish independent national supervision to ensure public transparency and accountability in their surveillance-related activities,” a summary of the proposed treaty reads.

In addition, the treaty seeks to strengthen existing international laws that protect whistleblowers. “Whistleblowers will not be subject to sanctions for publicly releasing information with the reasonable intent of exposing wrongdoing,” according to treaty’s authors.

“My entire perception changed, because I could see how corrupted these governments are.”

“Nothing like it has ever been made before,” David Miranda, one of the activists who helped the draft the treaty, told the Daily Dot in a phone interview.

Miranda believes the world’s view of state surveillance has shifted dramatically in favor of enhancing privacy laws since Snowden disclosed his identity as an National Security Agency whistleblower in 2013. “We’ve seen it at Facebook, Google, and Apple—they have [created] highly-encrypted products for all their clients.”

Miranda, who’s married to Glenn Greenwald, the journalist Snowden entrusted with his cache of top secret material, knows first hand the power of the surveillance state and its ability to affect people who have no ties to terrorism.

While passing through London Heathrow Airport in August 2013, British authorities detained Miranda for nine hours, citing a U.K. anti-terrorism law. He was on his way home to Rio de Janeiro, having just left Berlin where he was working with Laura Poitras, the filmmaker whose documentary about Snowden and Greenwald, Citizenfour, won an Academy Award earlier this year.

The ordeal had a profound impact on Miranda. He said it was obvious that he was under surveillance for some time. “My entire perception changed, because I could see how corrupted these governments are,” he said. “This situation showed clear that they were spying on me to stop me and get my material, all my work material.”

With regards to the treaty, Miranda says he doesn’t expect a lot when it comes to the U.S. government. After all, he said, it’s responsible for engineering the largest and most expensive spying apparatus in history. The current administration is also responsible for a crackdown on government whistleblowers. Since President Barack Obama took office, there have been eight prosecutions under the 1917 Espionage act—more than double those under all previous administrations combined.

Regardless, the Snowden Treaty has received immense support online, and Miranda hopes that it will spur a debate over the need for increased international cooperation in the recognition privacy as an essential human right.

“I’m doing this now because I truly believe that human beings need the right of privacy,” Miranda said. “We need to put a stop to the mass surveillance that’s been happening around the world.”

Miranda declined to name any actual countries or major advocacy groups who are reviewing the treaty, but he promised that some would speak to the press about it “very, very soon”—within a week or two, he said.

Speaking from Russia at a presentation of the treaty in New York City on Thursday, Snowden said that many of the world’s governments are “aggressively pressing for more power” to conduct mass surveillance.

“We have to have a discussion,” he said. “We have to come forward with proposals to go, ‘How do we assert what our rights are, traditionally and digitally and to ensure that we can not just enjoy them, but we can protect them?”