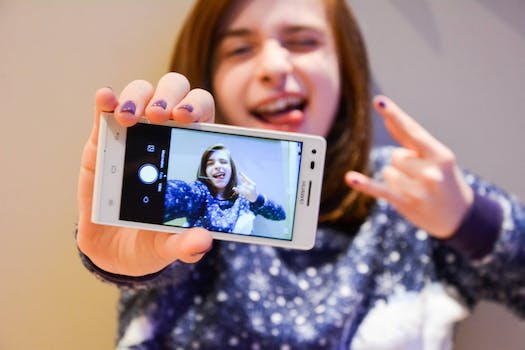 Snapchat is fight for your right to vote-selfie.

Taking a civic selfie from the voting booth might illegal in your state, but Snapchat is hoping to change that.

Selfies are prohibited in many voting booths because lawmakers don’t want the images to jeopardize the secrecy of the ballot or create a market for buying votes. Laws vary across the country, but in states where photos in voting booths are illegal, you can face punishments ranging from a misdemeanor charge to a fine of up to $1,000 to a year in prison.

Snapchat is hoping to eliminate all of those punishments. It filed an amicus brief last Friday with the federal appeals court hearing a case about New Hampshire’s photo ban.

Snapchat argues in its filing that, “because it is tangible proof of how a voter has voted, a ballot selfie is a uniquely powerful form of political expression,” making a ban on that expression a violation of the First Amendment.

The company goes on to say that banning selfies in voting booths also infringes on the First Amendment rights of Snapchat and news organizations that report on voting behavior.

“Elections have always been a social affair,” the company argues. “Digital media and ballot selfies are simply the latest way that voters, especially young voters, engage with the political process and show their civic pride. The ballot selfie may be a new method of expression, but it’s an expression as old as the Republic itself. The State’s clumsy bid to ban it is unconstitutional and should be struck down.”

In addition to the New Hampshire law, the appeals court’s decision will affect laws in Maine, Massachusetts, Puerto Rico, and Rhode Island, so a ruling against the law could produce more widespread acceptance of photos in voting booths.

Every election day, “I voted” stickers fill up your social media feeds, sites like Twitter and Facebook are where people go to learn, discuss, and share political information. According to a 2013 Pew survey, 39 percent of adults use social networks to engage in political or civic activities.

Despite fears of ballot selfies leading to voter fraud, photographing ballot-box activity could actually increase voter turnout. A 2012 study found that Facebook users who saw photos of friends engaging in their civic duty were more likely to go out and vote themselves.

Check your local laws before you try and capture the perfect ballot selfie. While Snapchat fights for your right to take one, an “I voted” sticker may have to suffice in the meantime.