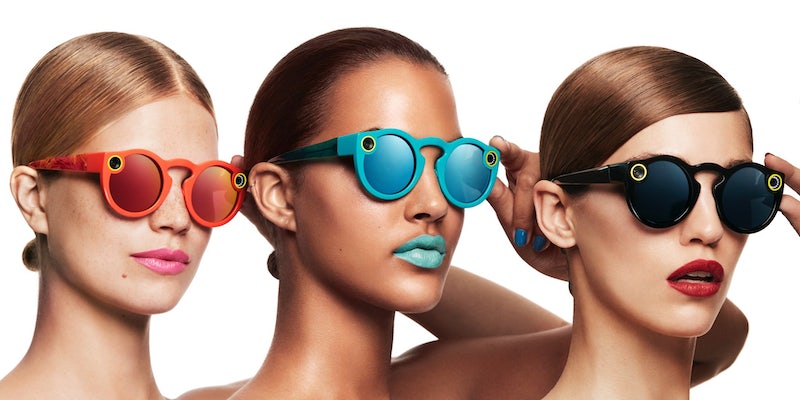 Would you wear Snapchat-connected shades?

When you think of Snapchat, you probably don’t think of wearables, but that’s all about to change. The company—which just rebranded itself as Snap Inc., by the way—is launching a new line of high-tech eyewear called Spectacles. 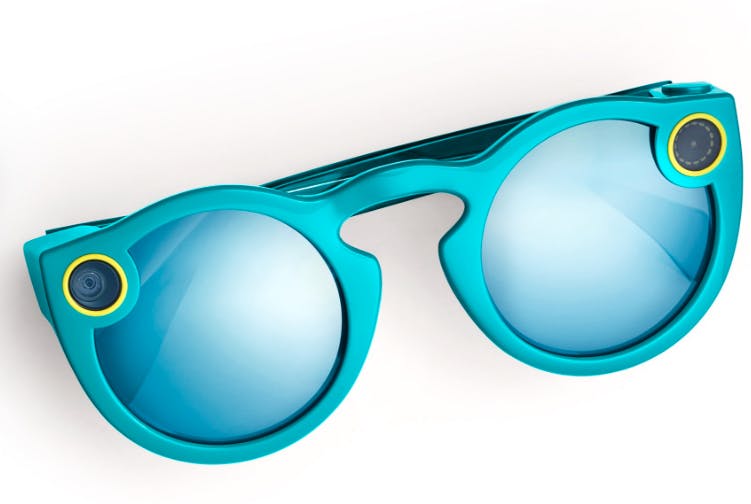 The glasses, which come in several different colors but just one size, feature a pair of lenses that capture 10-second video clips. Recording is prompted by a small button on the top of the frame. A small circular ring of LEDs around one of the lenses lights up when you’re shooting a clip, letting everyone around you know that they’re being captured. 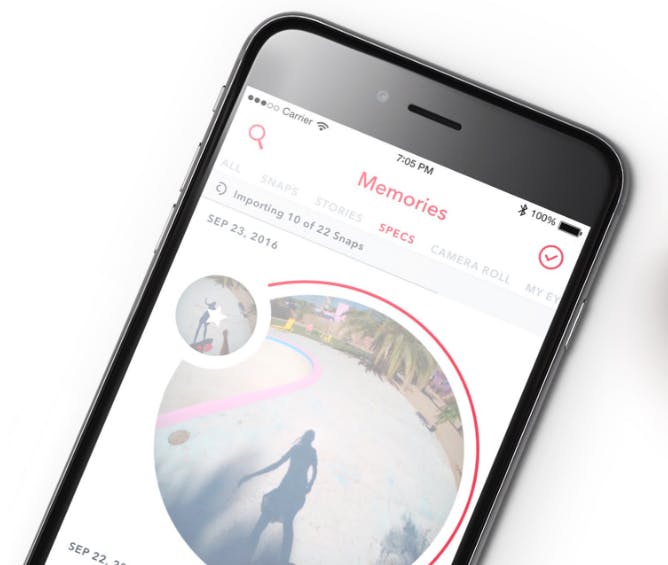 The video recorded by the glasses is round, and is wirelessly transferred to your Snapchat account, appearing in the Memories section of the social app. No specifics on battery life were given, but the shades charge when inside their case, suggesting the protective box serves as backup battery power. 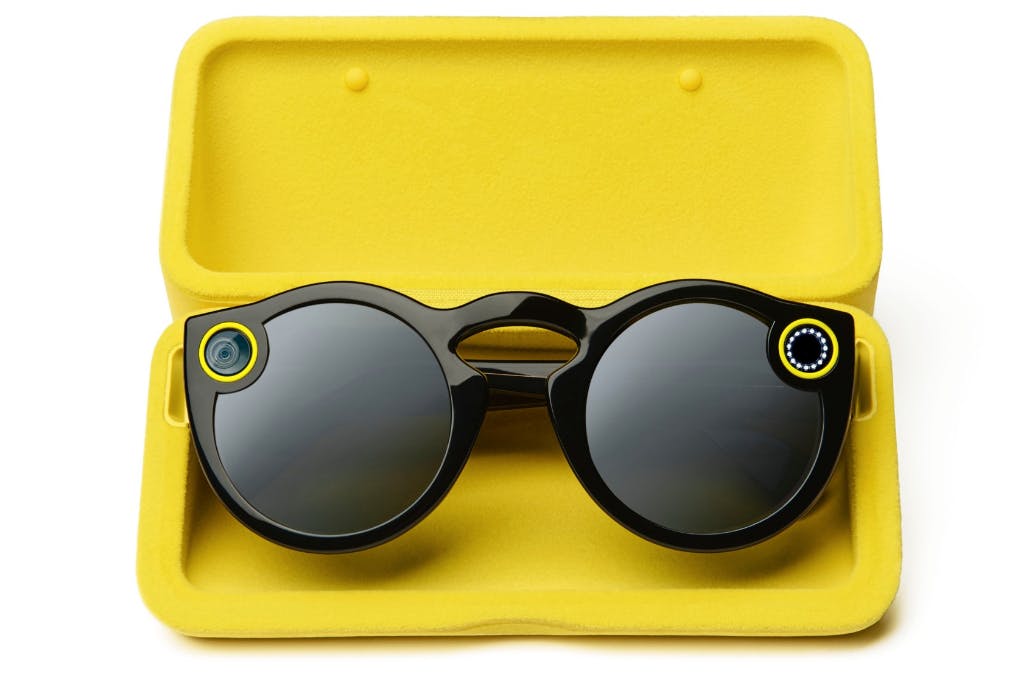 No official release date has been set for the Spectacles, but the company said it expects to launch them this fall.