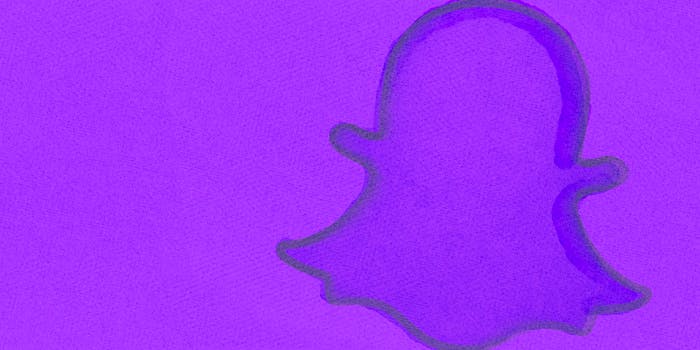 The company is still fighting an uphill battle.

Snap was trading at $27 a share by Friday, a jolt upward from its $17 IPO price set on Wednesday. The company has a market value of $37.8 billion. It’s the largest American tech IPO since Facebook, but the road ahead isn’t as rosy.

Snap Inc. labels itself a “camera company.” From its launch in 2011, Snapchat has evolved into a 150-million-user, multi-millionaire brand. Starting as an app, Snap Inc. has expanded since, launching its first hardware product in 2016 called Spectacles, which are sunglasses with an integrated video camera linked to the app, making use hands-free.

But in its recent S1 SEC filing, the Venice, California-based company revealed several risk factors associated with the business, such as a declining user base. In 2016, Snap’s daily active users (DAUs) grew 7 percent during the third quarter, while only rising 3 percent in the fourth. Moreover Snapchat relies on many factors that are outside of the company’s control, such as advertisers for revenue, mobile hardware companies for compatibility, and Google Cloud for storage.

Snap also revealed that its two co-founders, Evan Spiegel and Bobby Murphy, will “have control over all stockholder decisions,” something unusual for a publicly traded company. The shares will have no voting rights. Snap added in the filing that it “cannot predict whether this… will result in a lower trading price or greater fluctuations in the trading price of [its] Class A common stock as compared to the market price were we to sell voting stock in this offering, or will result in adverse publicity or other adverse consequences.”

Perhaps the biggest risk factor is that Snapchat openly admits it “may never achieve or maintain profitability.” Due to the immense amount of competition on the market, from Twitter to Facebook and Instagram, which Snap projects will only increase, Snap’s net loss actually exceeded its net revenue in 2016.

While it isn’t likely Snap will suffer dramatically in the short term, the company’s massive losses are far from ideal. To maintain competitiveness, Snap expects to spend even more in the next five years on Google Cloud, allocating $2 billion for that alone.

There is too much risk that accompanies investing in a company that is fighting an uphill battle, incurring more losses than gains. In a note to his clients, Pivotal Research Group’s Brian Wieser called Snap “significantly overvalued given the likely scale of its long-term opportunity and the risks associated with executing against that opportunity.”

On Thursday, Snap opened up on the market at the New York Stock Exchange at $24 a share, rising to $26 as the day went on, much higher than the anticipated IPO and surpassing even Twitter’s market debut.

Snap’s explosive market cap may not mean all that much, however. Wieser told CNBC that Snap’s corporate structure lacks the proper experience to transform a product into a successful company.

“It’s not to say that they can’t be successful,” Wieser said. “But they haven’t done it yet so there is some real risk. I could generate $1 billion in revenue if you gave me $2 billion today. That wouldn’t make me successful.”

Since Thursday, there have been multiple coverage initiations from brokerages on Wall Street. All of them average a sell rating and target price below Snap’s $17 listed IPO.

Mike Loewengart, E-Trade’s vice president of investment strategy, wrote ahead of the week that “[w]ith the excitement of the Snap IPO heating to a boil, investors are wise to let the hype cool once it hits the public markets. While highly anticipated IPOs of this magnitude may be tempting to jump in immediately, historically many IPOs—particularly social media companies—often need time and room to acclimate to the rigors of being a public company.”

Other analysts also agree Snap’s IPO spike isn’t the best indicator of the company’s success in the long run.

It’s a hot start, to be sure. Just don’t expect the good times to roll.