These new features are the future of the smartphone

After years of improved design, it's time for new.

Smartphones are getting kind of boring. It’s not that their utility is any less impressive than it ever has been. In fact, these can’t-live-without gadgets can achieve more than ever. It’s just that a kind of diminishing returns has been hanging over the industry for the past few major iterations, and it’s become increasingly difficult to differentiate between flagship devices.

Phones have already reached the new 4K resolution standards first developed for TVs, most include an average of 8-to-16 megapixel DSLR, and now the newest devices are even packing an entry-level computer amount of RAM.

The problem is that our smartphones work so well, they don’t really need to get better. Sure, low light photography can always be improved and having to plug your phone in every day or two got old a long time ago, but for the most part, smartphones are so optimized that new improvements are hardly felt on users.

Fortunately, some smartphones companies have realized this trend and are taking measures to stand out in the market.

Let’s take a look at some of the current and upcoming innovations meant to improve smartphones, and keep them from falling into the same sinking boat that laptops and tablets find themselves in. 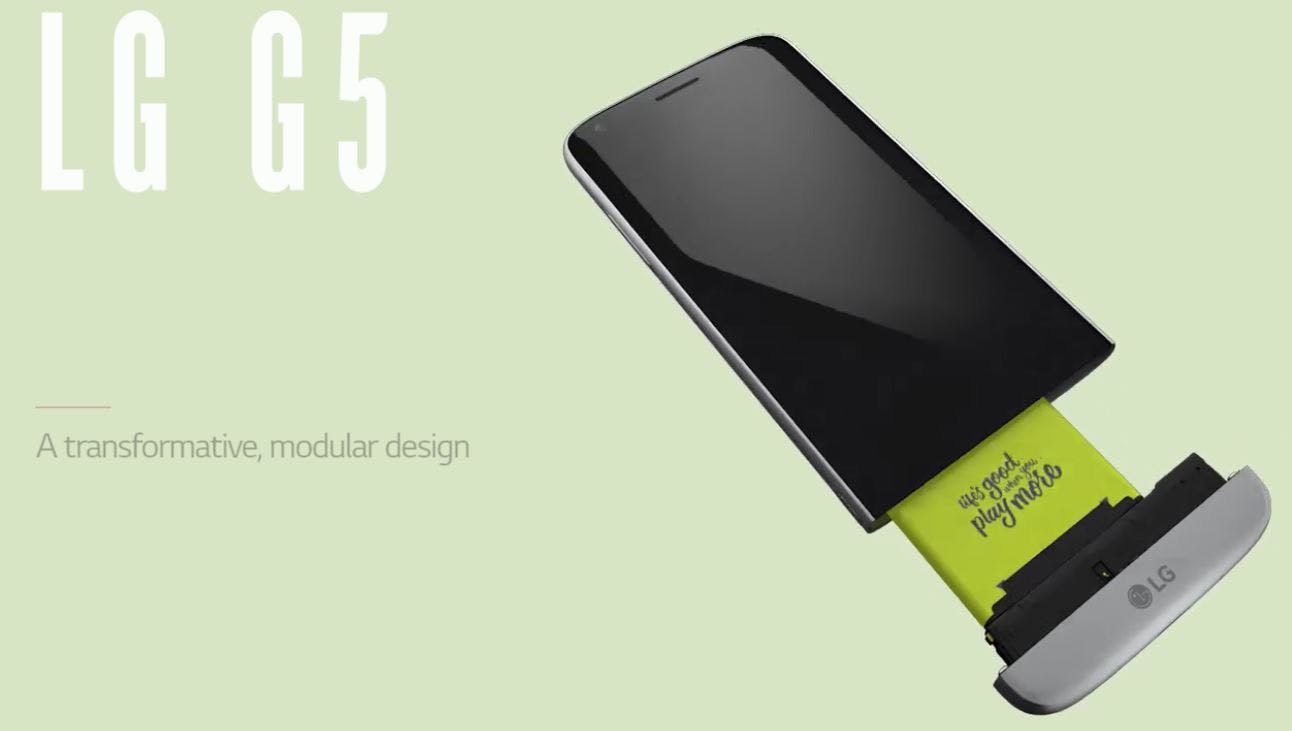 LG took a different approach to its previous phones with the LG G5. It features the aluminum unibody design everyone seems to be going toward, but it’s the only major flagship device that keeps the replaceable battery other brands have done away with. The G5 has a detachable bottom section that pulls the battery out with it, allowing users to pop in a fresh one.

Or you could replace the bottom altogether with one of LG’s Friends. The two Friends that attach to the phone are the Hi-Fi Plus DAC and CAM Plus, an attachable camera grip with added battery and physical focus wheel. The G5’s other Friends are devices compatible with the phone and include a VR headset, 360 CAM, wireless headset, and a BB-8esque rolling robot.

The G5 also comes equipped with two rear-facing cameras. One is your standard 16mp snapper, with a somewhat more narrow than normal 35mm focal length equivalent. The secondary 8mp lens is where the magic happens, opening up the field-of-view to 135 degrees. That’s very, very wide—a great advantage for shooting landscapes or trying to capture cityscapes. This dual-lens design doesn’t fundamentally change the way we use our smartphones, but it does offer much more flexibility when snapping photos. 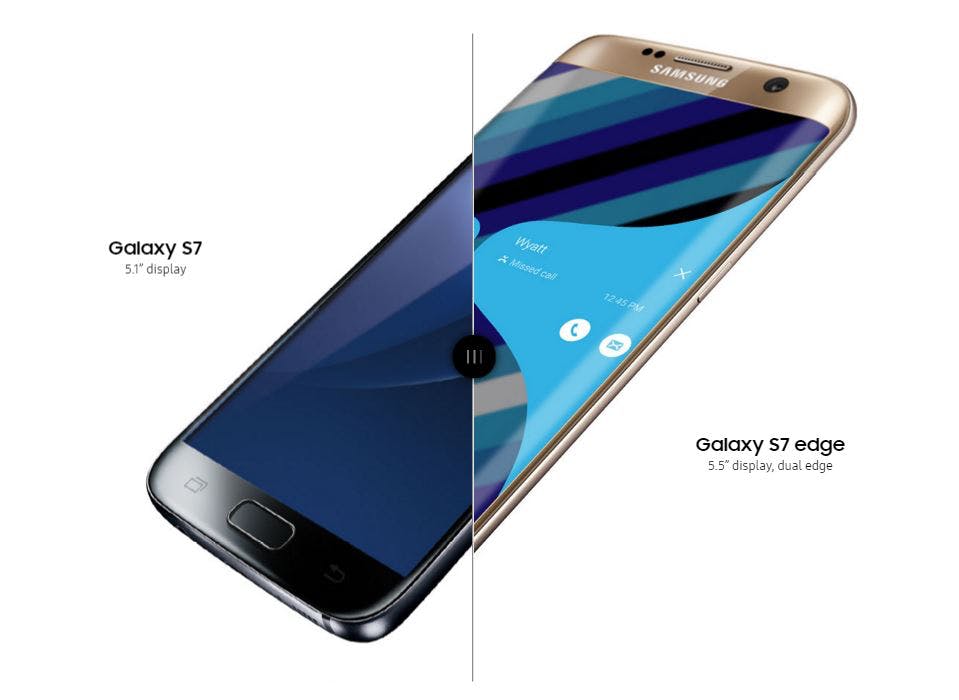 The Edge display is not entirely new, having been introduced on last year’s Galaxy S6, but this year’s S7 Edge utilizes those curves better than ever. The curved glass rolls off the phone on both sides like an infinite pool and is meant to display information and quick-links without getting too much in the way. Beyond some of the hit-or-miss features you can use with it, the display is a marvel to look at. The effect of the display can be described as “bubbling out” toward the user, and it gives the S7 a generous screen-to-body ratio.

The Edge display, which tacks on an extra 100 bucks to your non-edge S7, isn’t a complete knock out of the park. Some find it difficult to hold, prone to cracking (good luck finding a decent glass screen protector), and most of the features are better left alone. Still, the Edge has broken the mold of flat, lifeless smartphone screens. 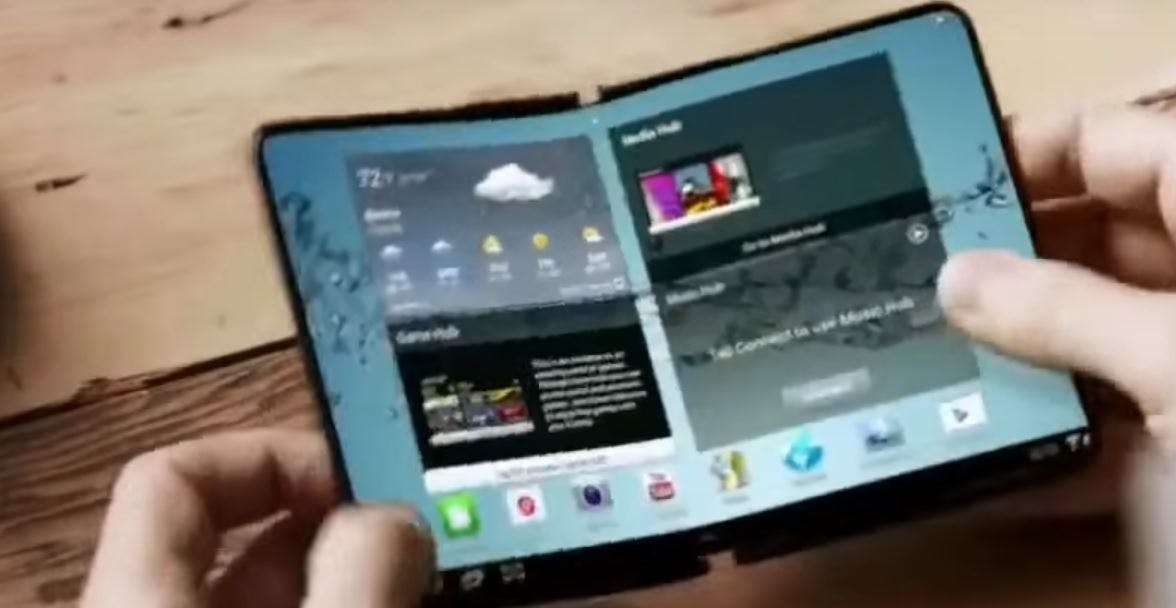 In 2012, Samsung released the Galaxy Beam, a smartphone with a projector built in. It was kind of ugly, kind of awesome, and very short-lived (at least in the U.S.). But it was different, and it served a purpose. The company’s next outside-the-box innovation looks like it could be a foldable smartphone. ETNews reports that Samsung will be mass-producing foldable phones by the end of this year. The devices are reportedly designed like a wallet: a 5-inch smartphone when folded, a 7-inch tablet when opened, allowing you to carry both in your pocket. Very cool.

A foldable display is a whole different beast, one that might actually lift the tablet industry from its decline, and completely transform the devices that fill our pockets and purses. This might sound like just one of the endless rumors created before a major release, but the news has some weight behind it, including a patent application filed by Samsung that would facilitate this type of device. 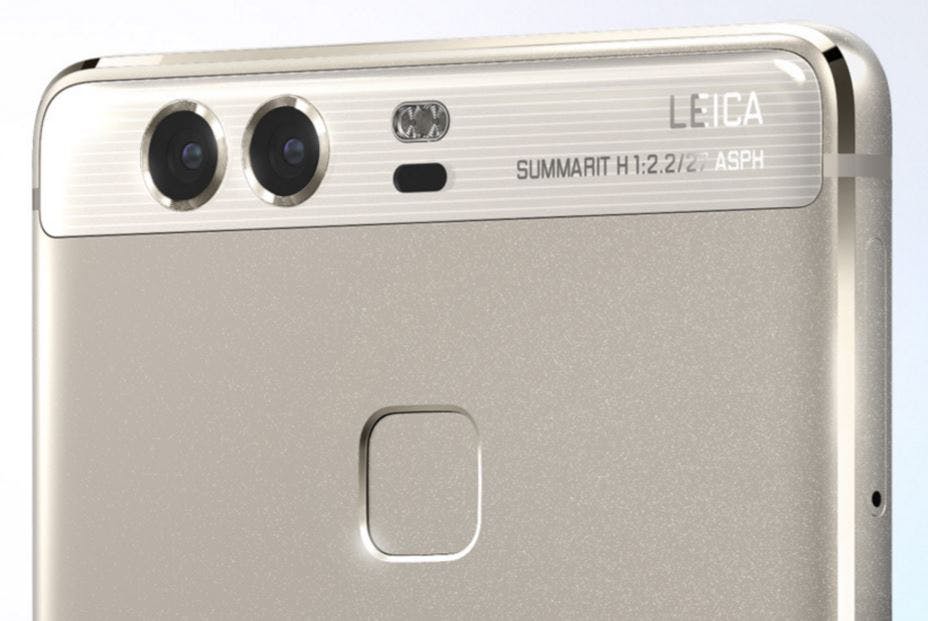 This sounds and looks a lot like the LG G5’s dual-lens camera, but Huawei has different purposes for its second camera: Instead of putting a second wider lens on its flagship P9, Huawei decided to have both Leica-certified cameras work together to produce enhanced depth-of-field. One lens shoots in color, the other in black and white. The monochrome lens lacks the filter of the color lens, allowing it to capture three times more light. That lens can also be used to take black-and-white photos.

What about the other big names in the industry? Apple, Motorola, HTC, and Microsoft? HTC did release its flagship HTC 10 to positive reviews, but nothing about the phone stands out when compared to previous devices.

And there just isn’t enough known about Apple and Motorola’s offerings this year. Apple did release the SE, but it was more of a blast from the past with much of the iPhone 6’s internals, and the same size screen as the iPhone 5. We don’t know anything about the iPhone 7, except that it may also have some version of a dual-lens camera. And Motorola will probably not unveil its flagship until this summer (Moto X?). Then there is Microsoft, a company that doesn’t have much to lose with its struggling Windows Mobile operating system. Rumors have been flying around about a potential Surface Phone, but nothing is set in stone.

Until then, we can all hope this list grows and that companies continue to find ways to keep our boringly excellent smartphones fresh.